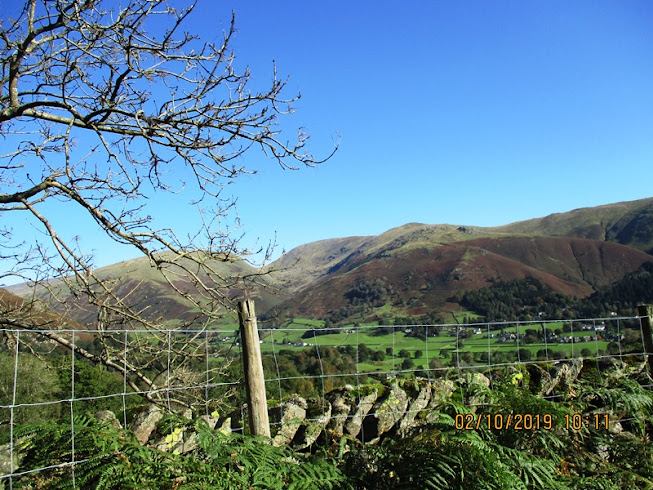 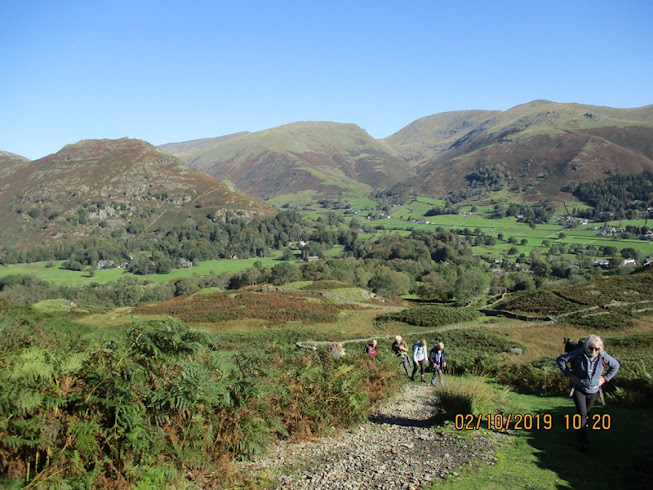 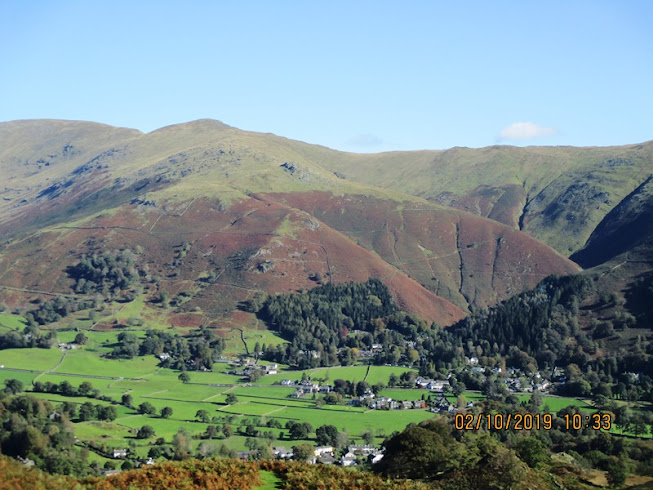 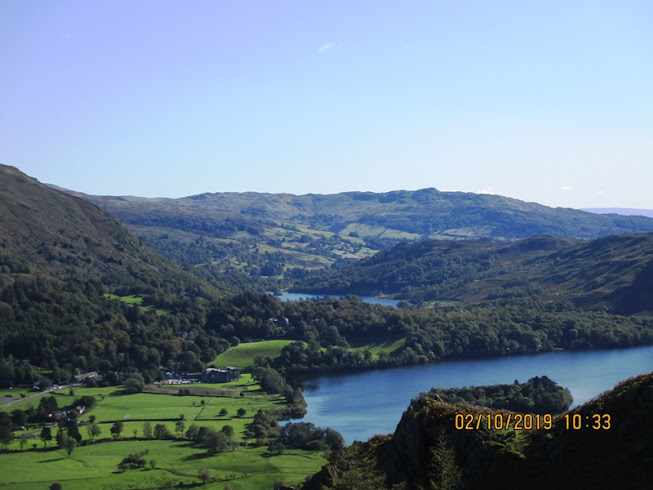 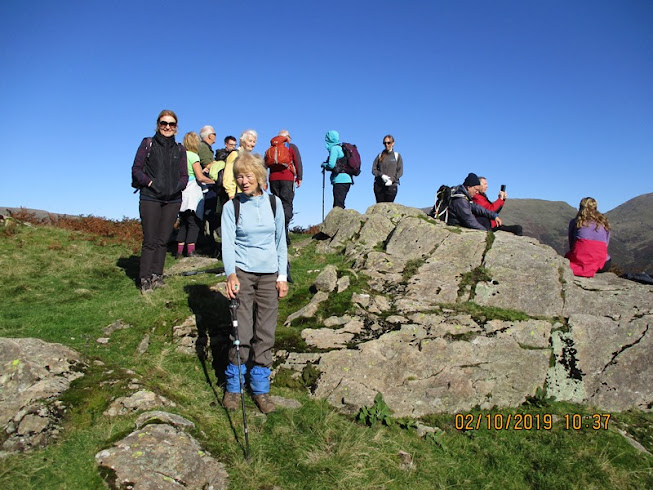 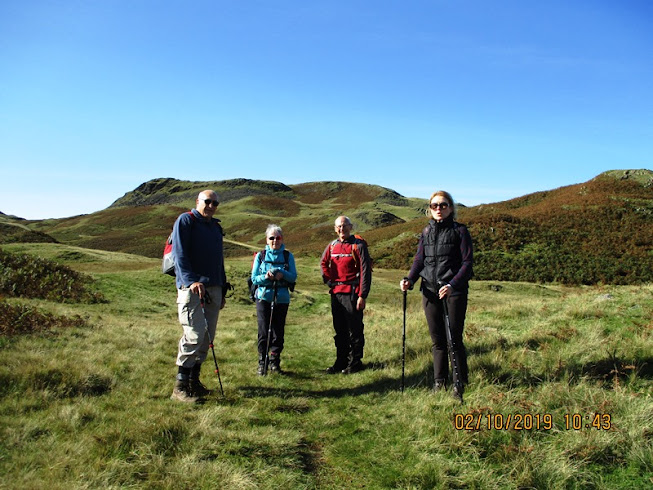 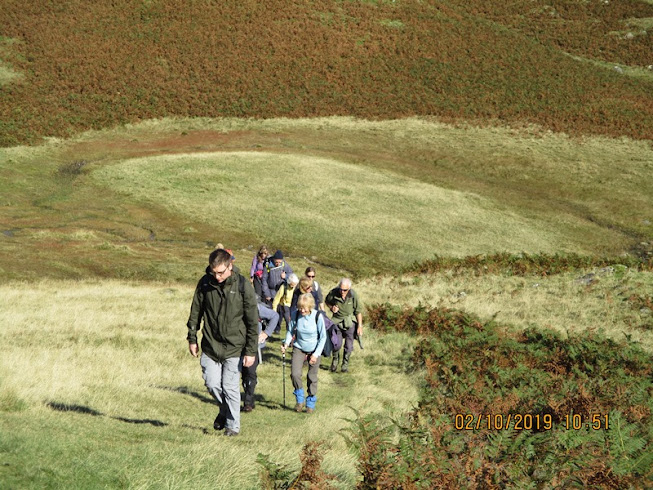 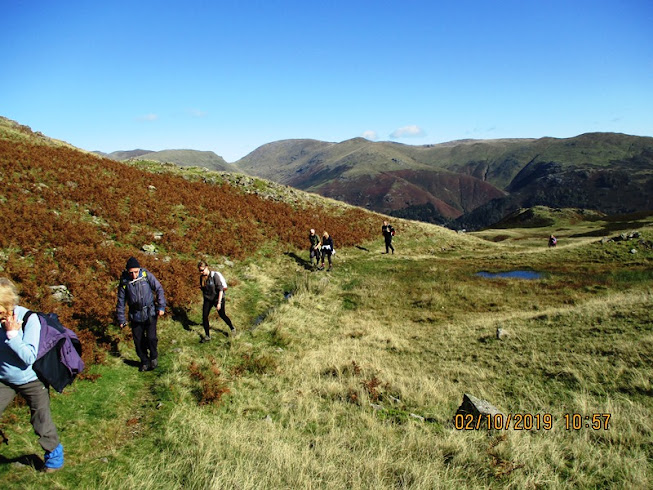 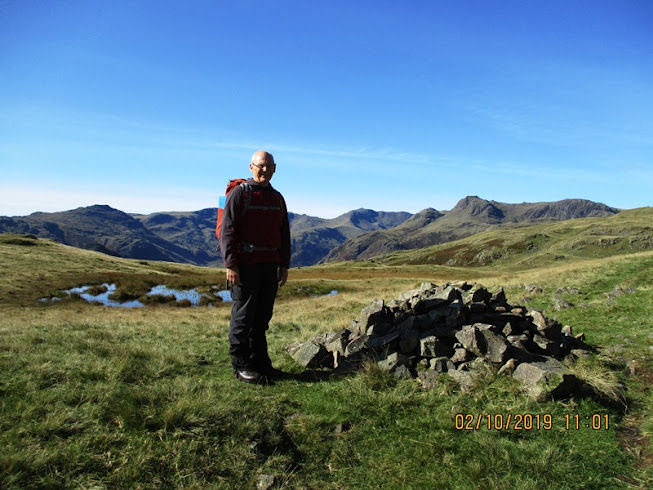 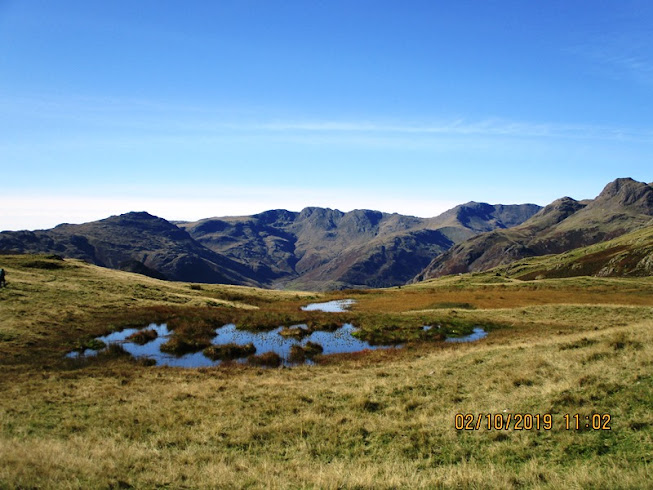 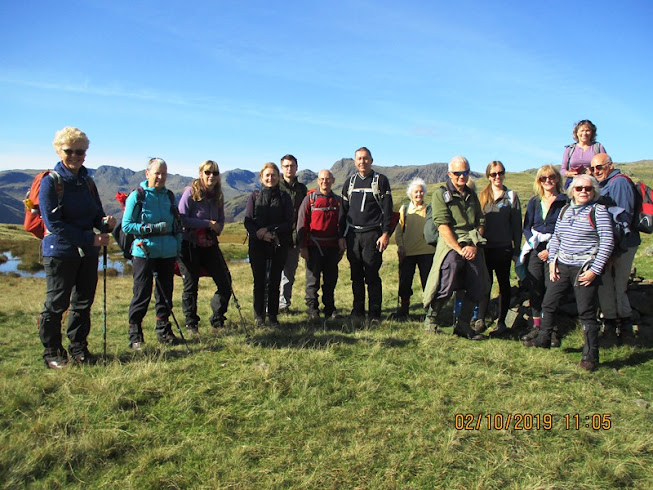 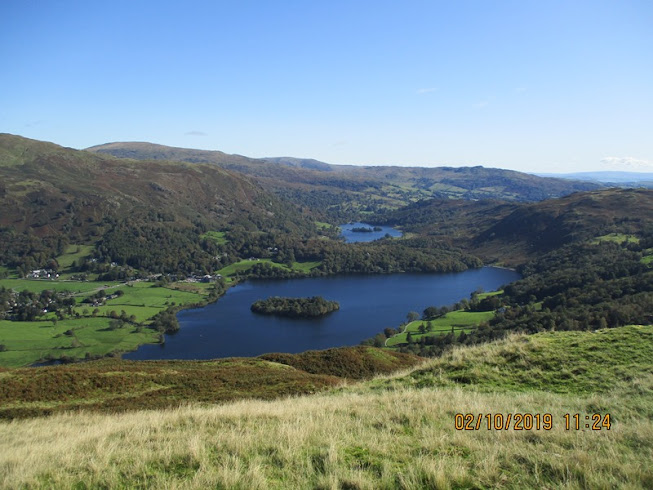 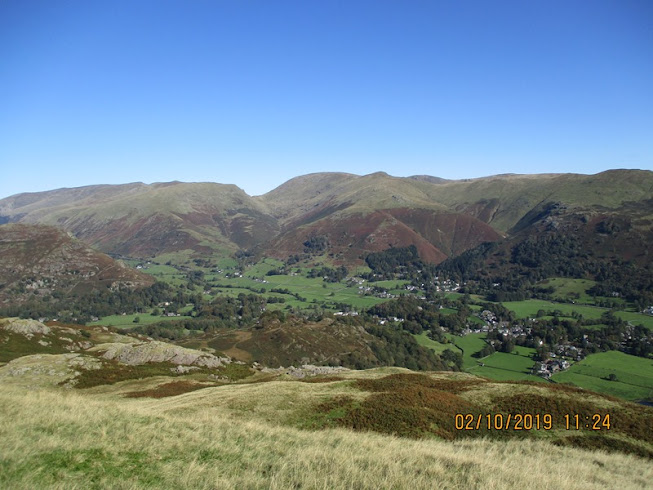 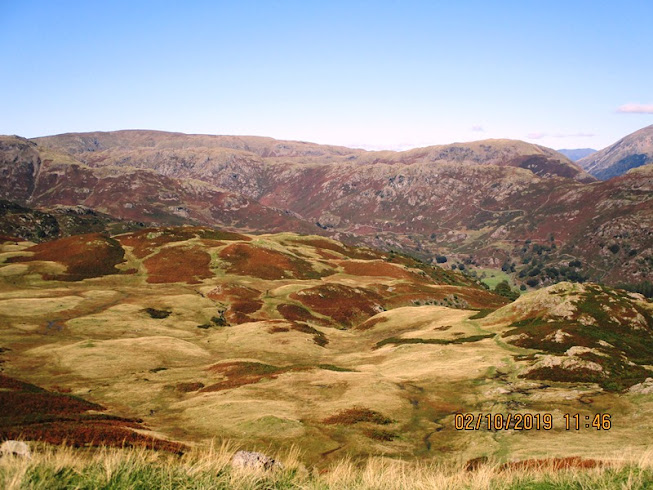 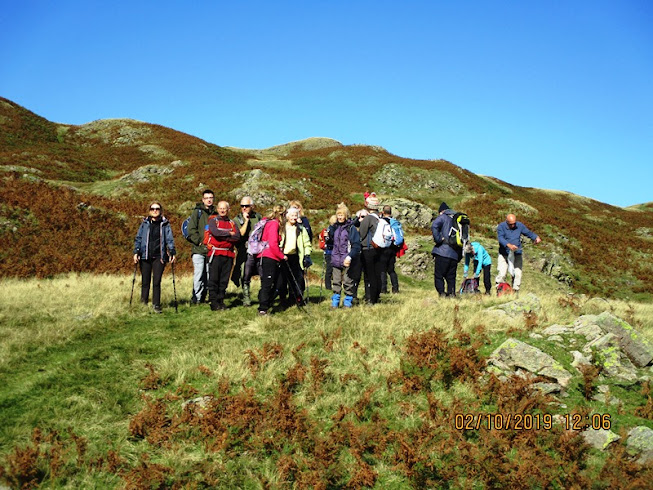 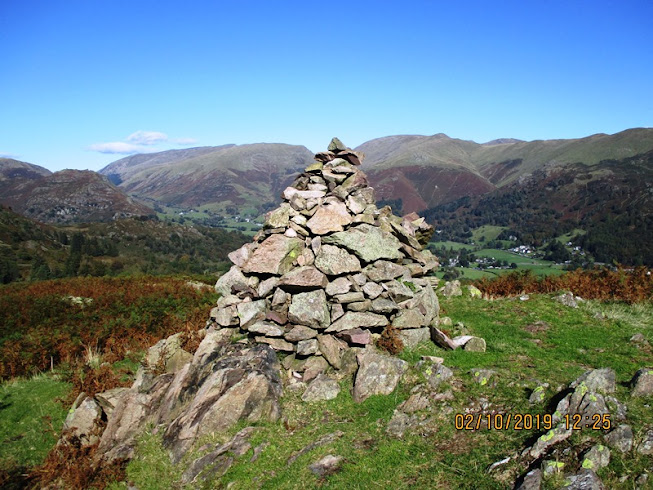 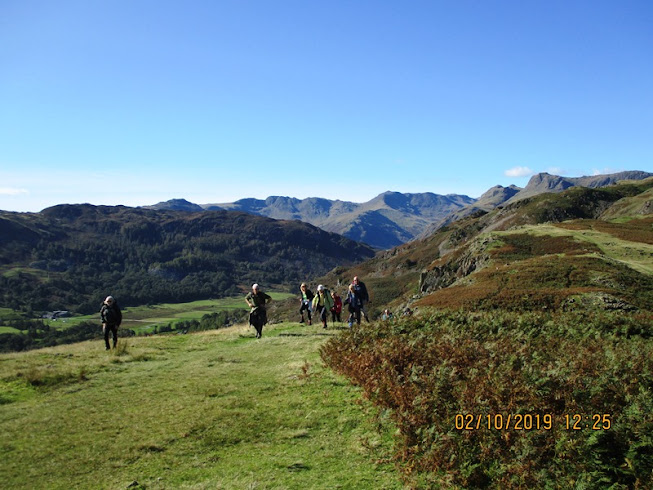 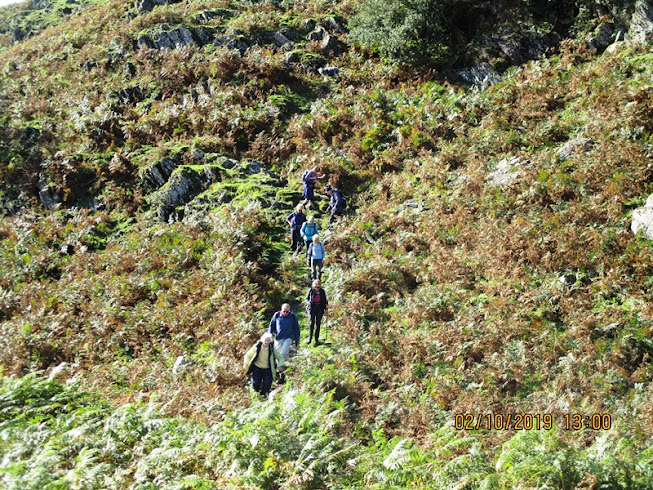 parking layby outside Grasmere to meet another 3 who went direct.

The weather looked promising for the day but was still fairly cool so most people were well wrapped up at the start.

The 17 of us headed into the centre of Grasmere, and after a brief "pit stop" set off up the drive to Allan Banks House where we stopped for a brief history lesson before starting to climb up a rocky path which eventually turned into open fell.

This was the main ascent of the day and after a few stops “to admire the view” and shed a few layers of unwanted clothing we reached the Juniper trees and had a deserved mid morning banana break.

We then turned right and headed for the tarns under Lang Howe where we stopped to look down on the Langdale valley. After a few minutes trying to name all the fells in front of us we retraced our steps slightly to pick up a path which took us to the

top of Silver Howe for lunch.

By now it was a bright sunny day and there were fantastic 360 degree views over Grasmere, Rydal Water, and Windermere.

After lunch we started the steady descent down towards Dow Bank and eventually met a path coming up from Elterwater where we turned left and headed back into Grasmere for well earned afternoon refreshments.

A great day with good company, some stunning views, good weather and not too much mud

which was surprising after all the rain yesterday