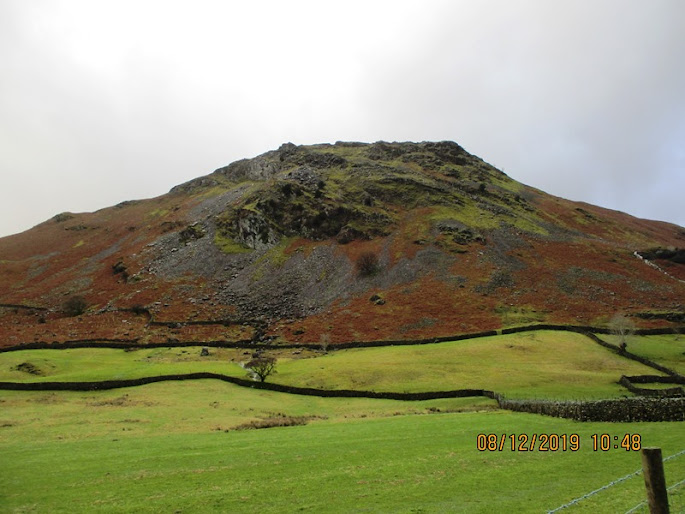 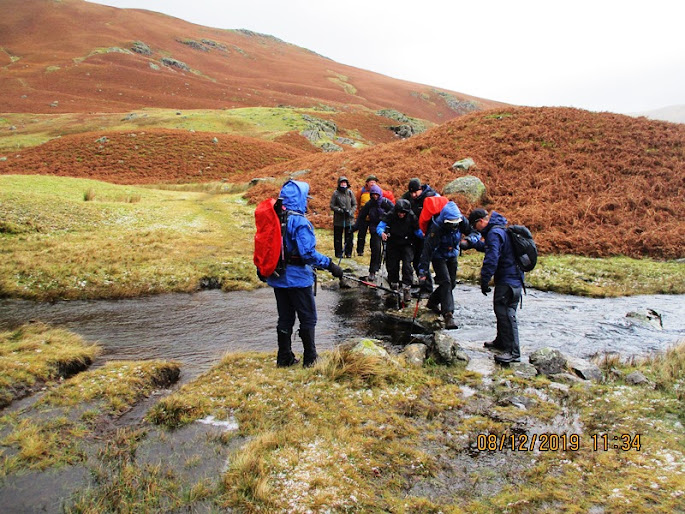 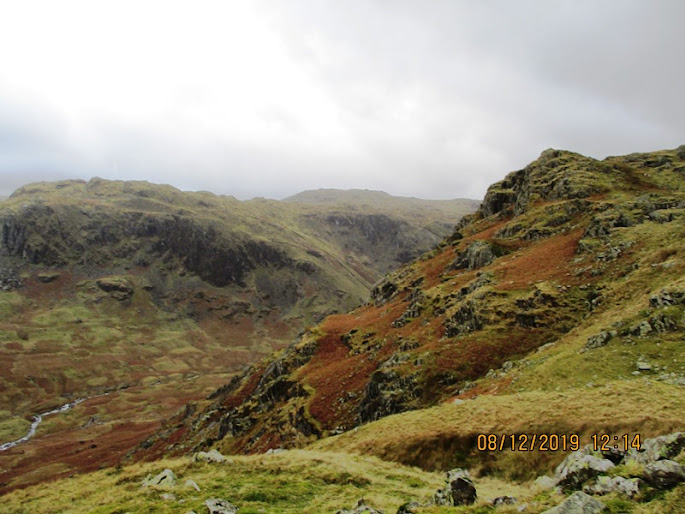 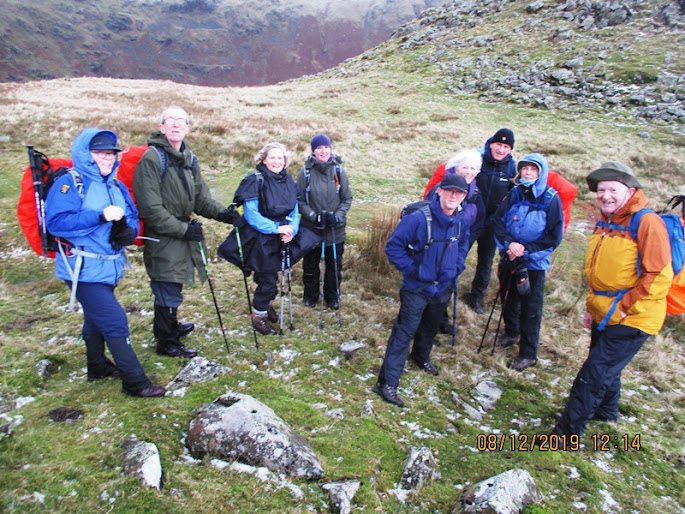 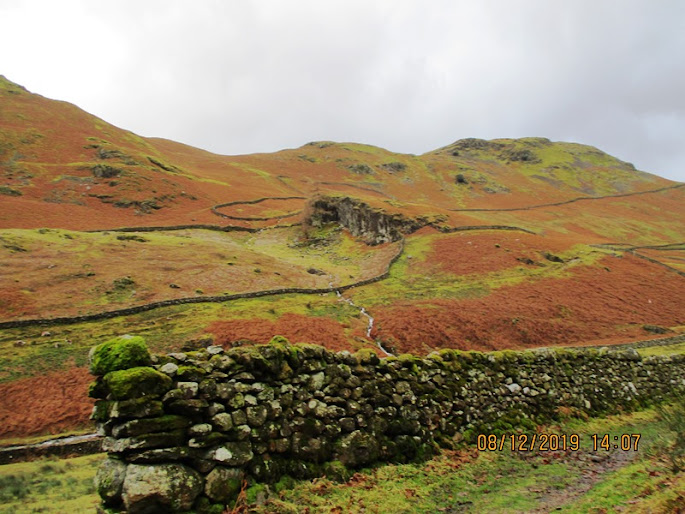 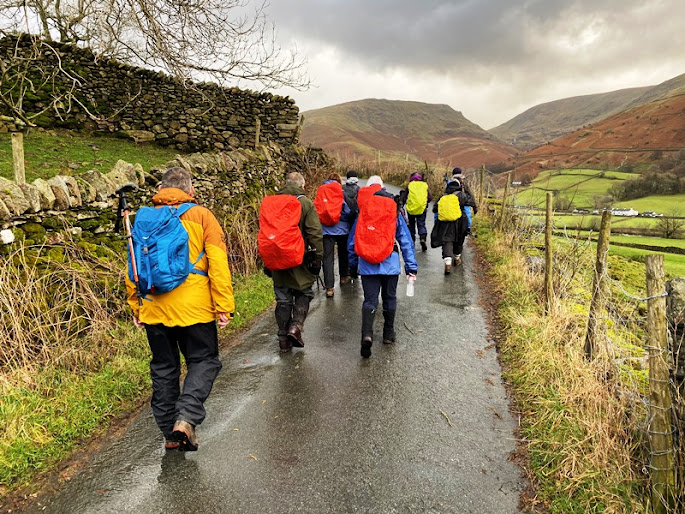 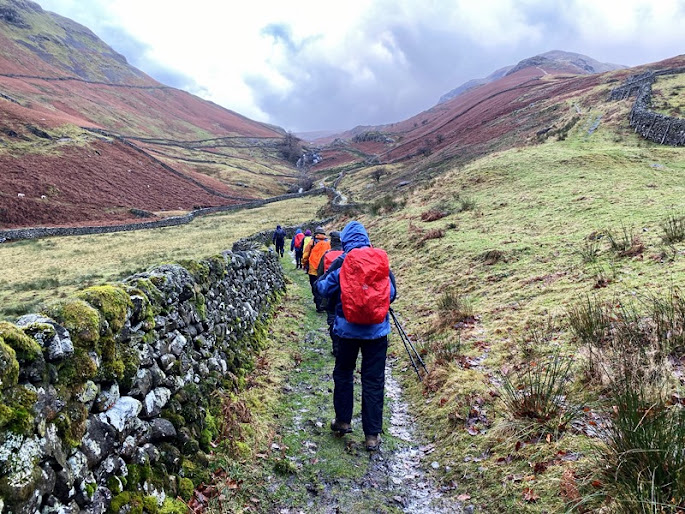 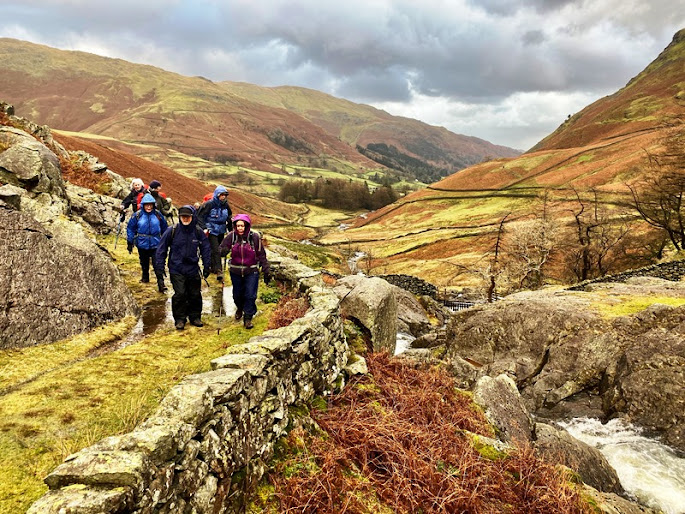 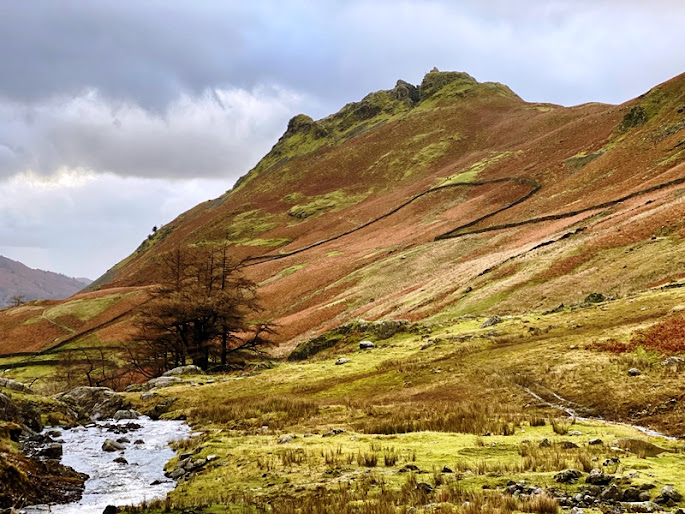 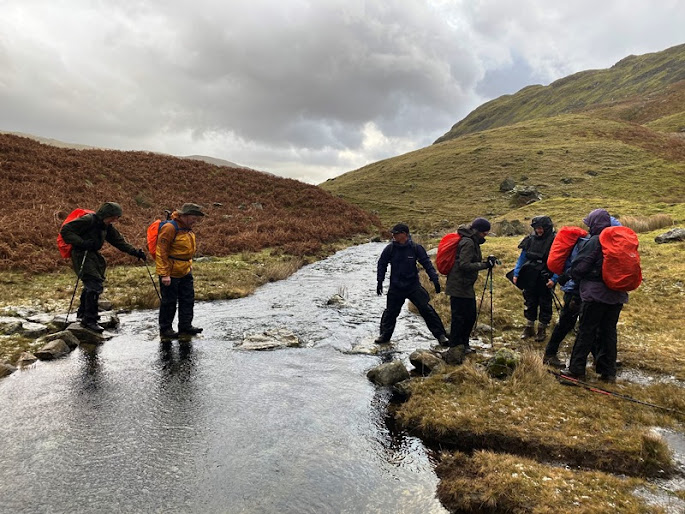 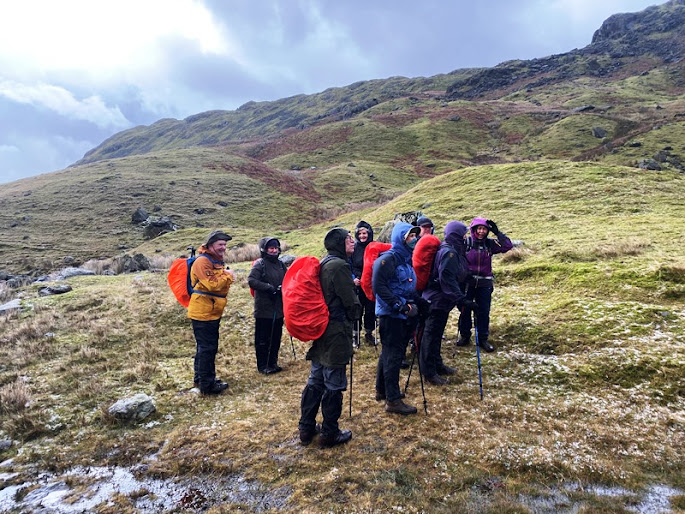 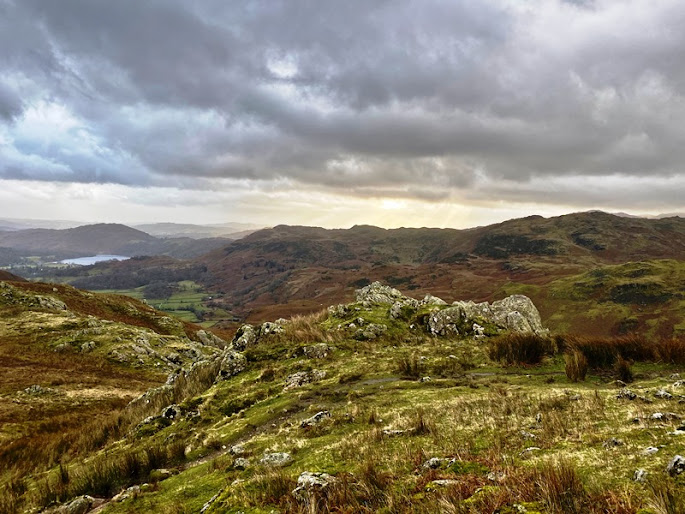 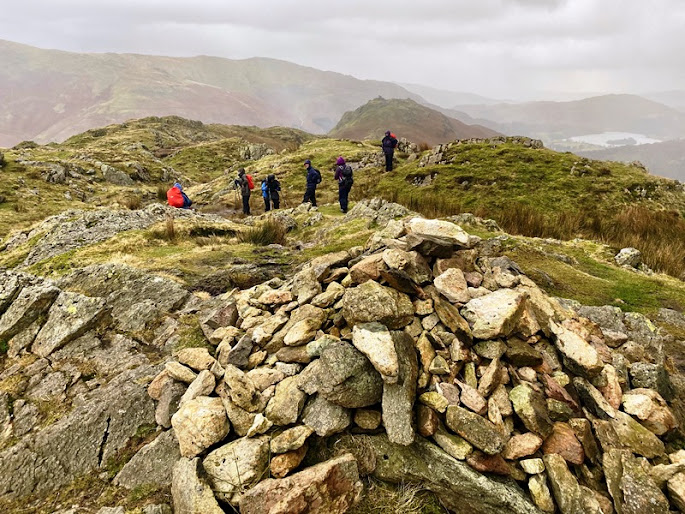 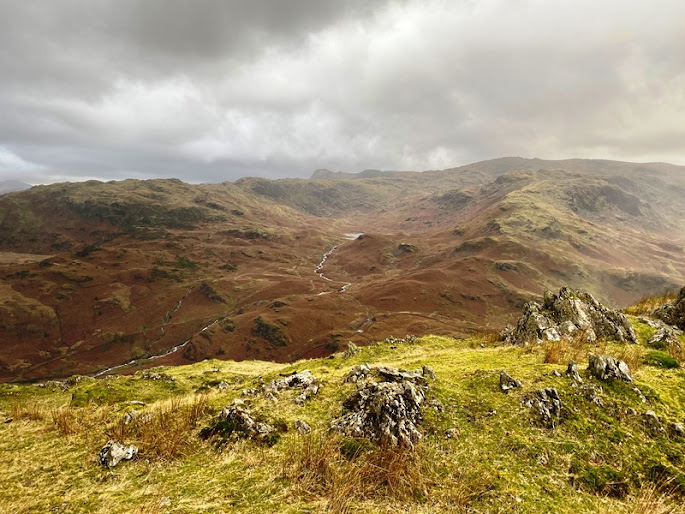 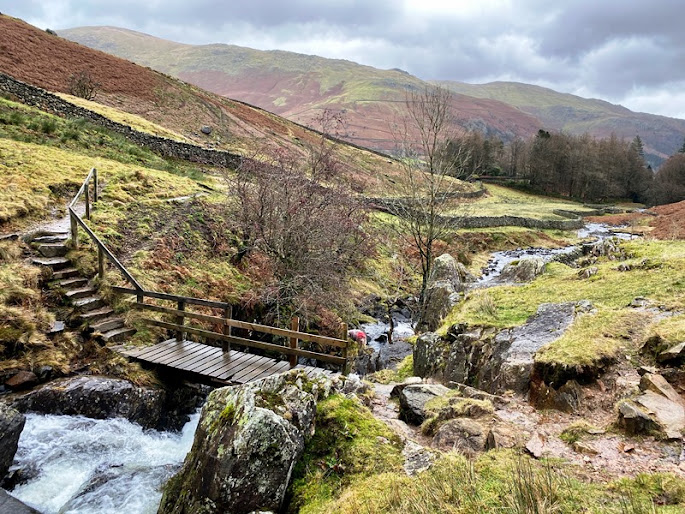 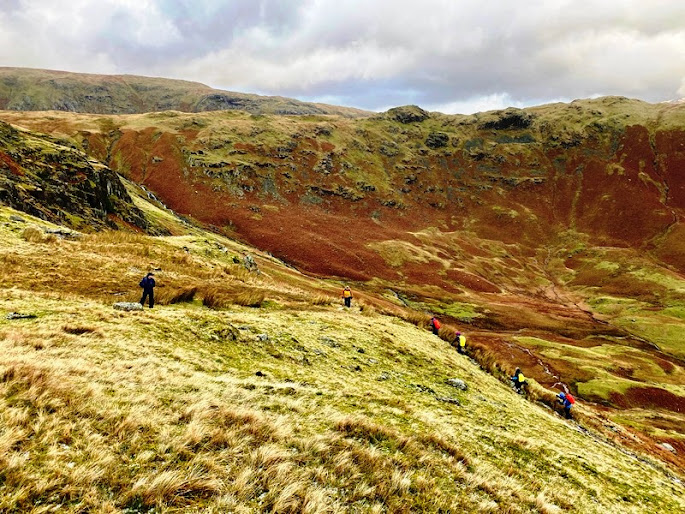 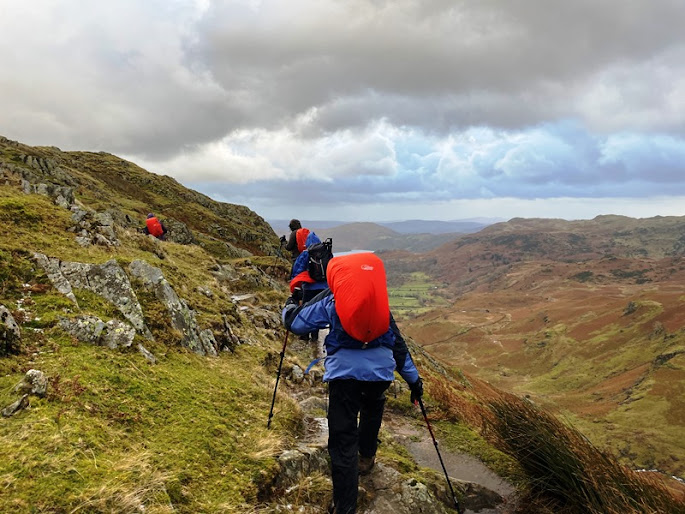 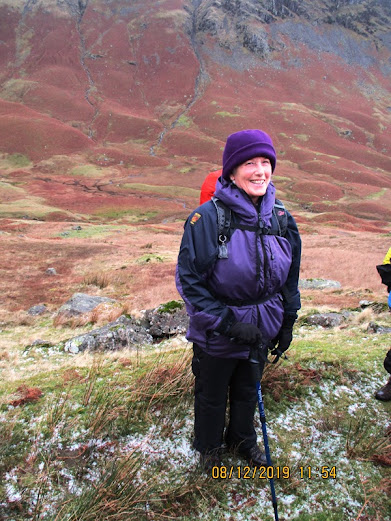 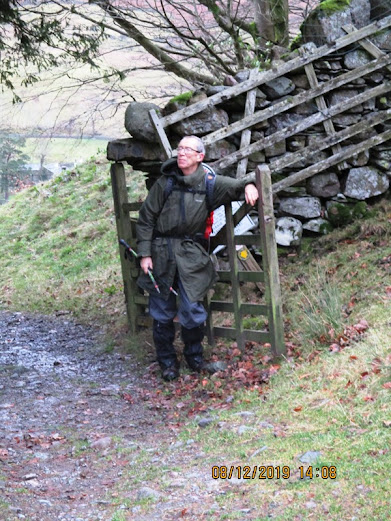 Six members enjoyed a blustery with occasional hail showers walk. From Grasmere Car Park we went past Dove Cottage up to White Moss Common. The 'coffin route' above Rydal Water took us to Rydal Hall, where we visited the 'Grotto', a waterfall viewing hut, in fine form, followed by a coffee break in the cafe. We crossed the road and ascended to the impressive Loughrigg Cave for our lunch break, which led us to the iconic Terrace with its superb view. A descending path through the wood, a lakeside path and minor road took us back to Grasmere and refreshments.

A sparse turnout for the last coach walk, perhaps not surprising given several days of poor weather and a gloomy forecast for the day, but disappointing nonetheless. Still ten brave souls set forth from Grasmere but were quickly seeking shelter from a squally hail-storm driven by a stiff wind, an experience to be repeated several times during the day.  The group remained undaunted placing their trust in the leader despite his announcement that he had put his overtrousers on back to front!

We headed on into to the remote surrounds of Greenburn a fine glaciated valley sandwiched between Steel fell and the Calf Crag to Helm Crag ridge. After a tricky crossing of the burn by some greasy stepping-stones we took a rising path and made the ridge turning left towards the first Wainwright of the day, Gibson Knot. The wind was doing it’s best to blow us off the fellside and at times we had to hunker down to avoid being blown over. Crossing the top of Gibson Knot the col beneath Helm Crag was reached and the prospect of an easy descent out of the wind was taken although three braver members did make it onto the top of Helm Crag.

A safe descent was made and welcome tea and cakes taken in Grasmere.

Thanks to those few, the happy band of brothers all, who joined the walk and to mis- quote the bard further: “those club members now abed shall think themselves accurs'd they were not there and hold their manhoods cheap”