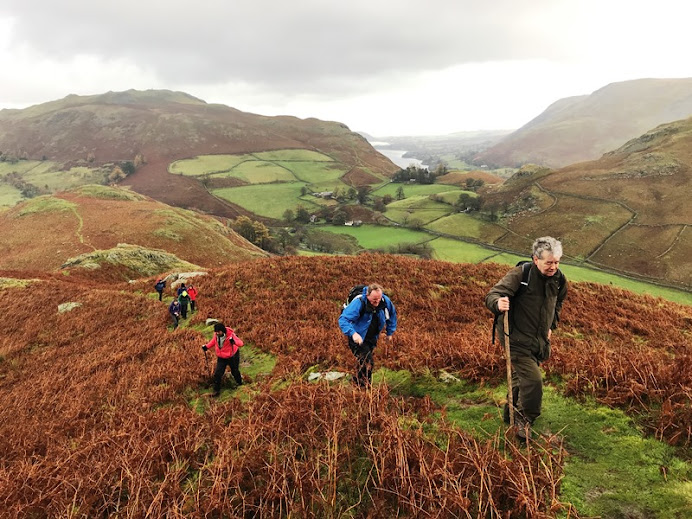 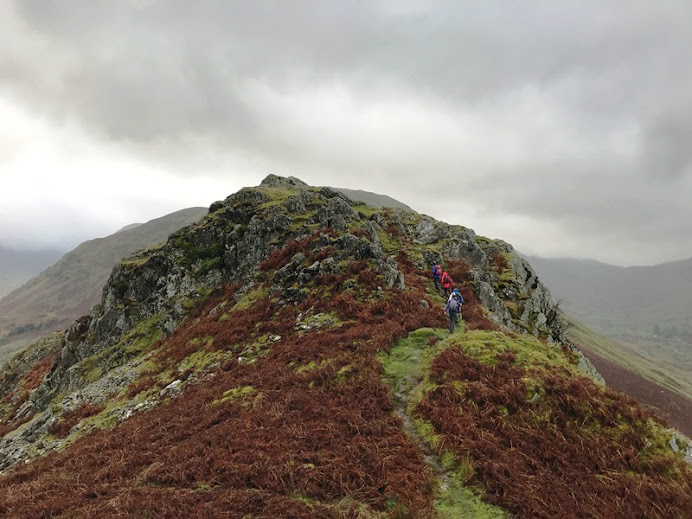 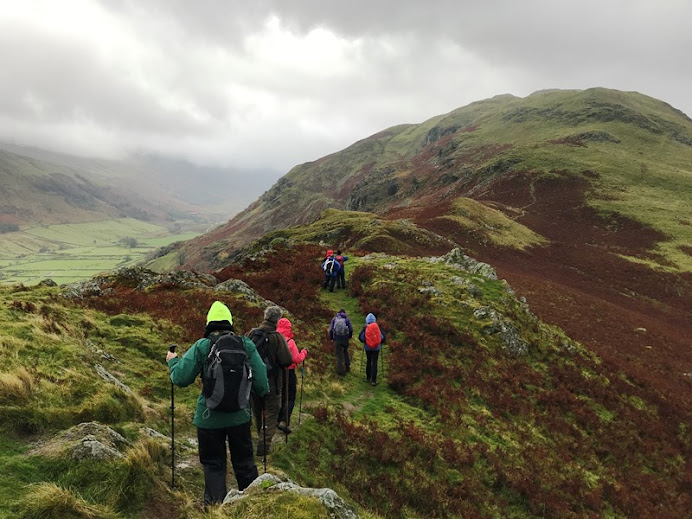 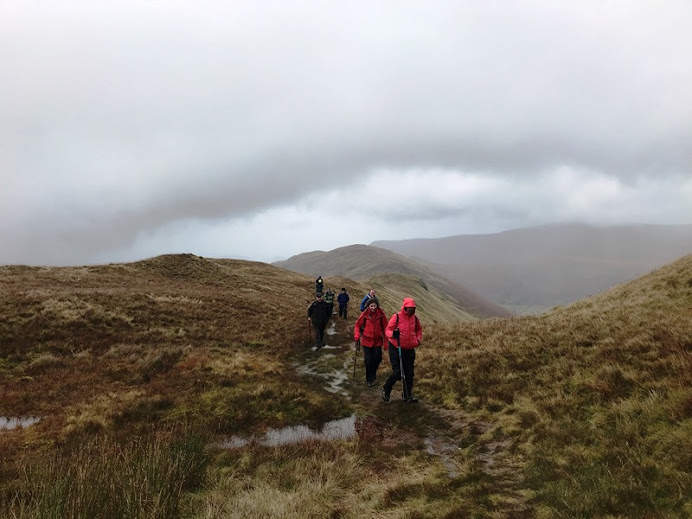 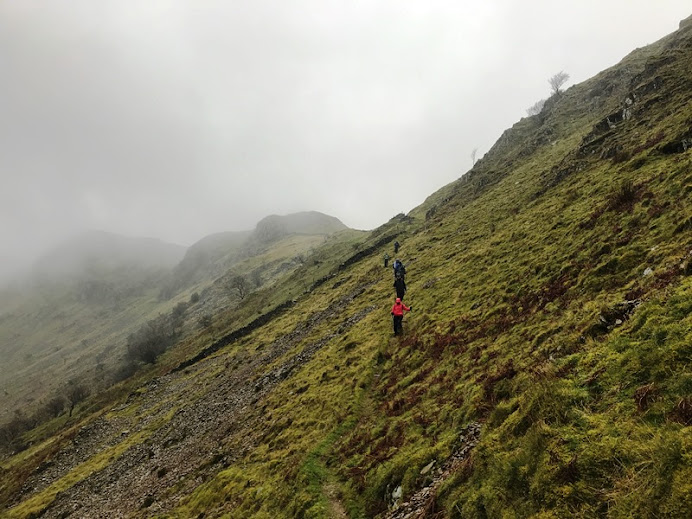 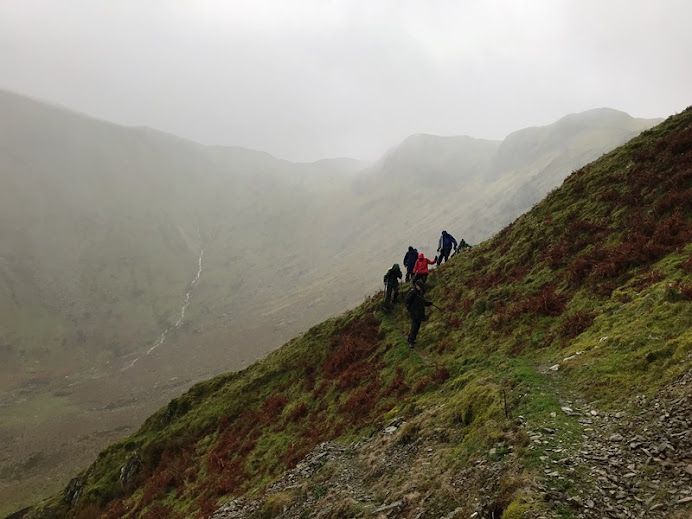 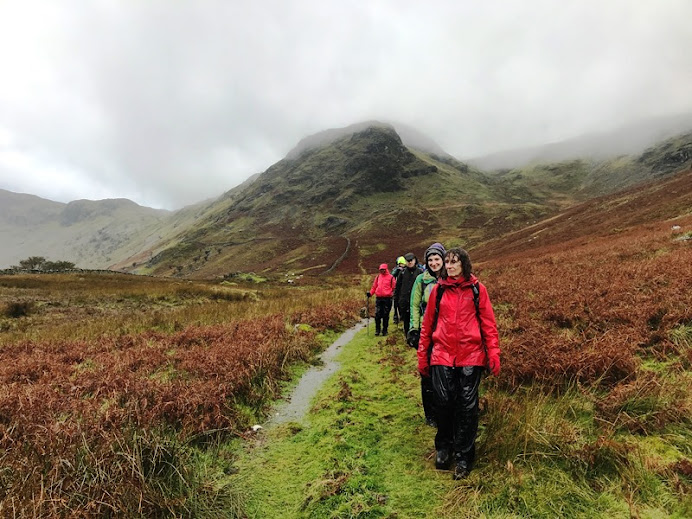 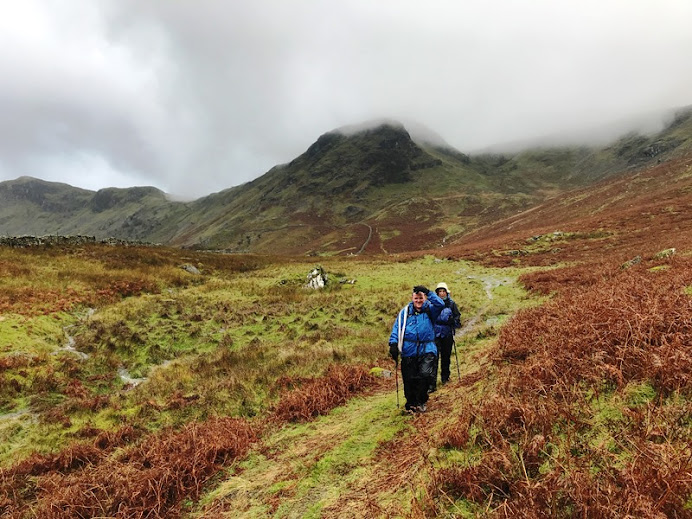 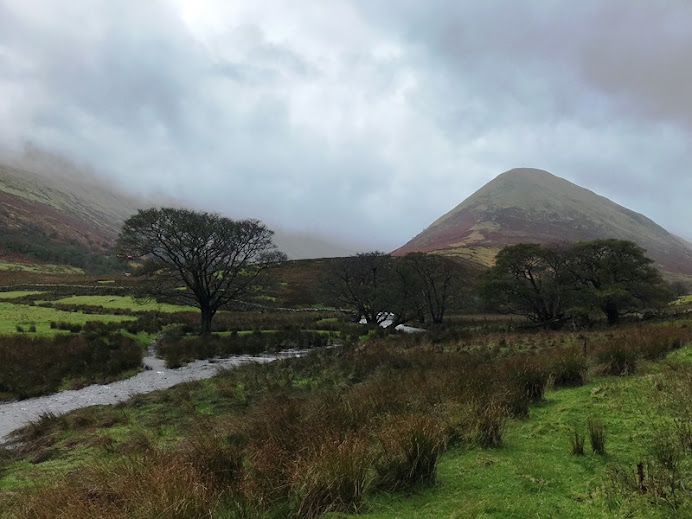 Todays walk report could be summed up in one word, Wet. Probably the worst day this year as far as the weather is concerned. So hats off to the eight who accompanied me on what is usually a real good hike. A walk described as the deer rut walk turned out as no such thing. Only saw one deer all day, luckily it was a big handsome stag but the rest must have been indoors playing monopoly or watching telly.

Anyway we managed Beda Fell and Angle Tarn Pikes, where we had a quick lunch. It was then through the rain and clag to Angle Tarn and down under Heck Crag. We gave Brock Crags a miss as you couldn’t even see the hill. Infact, it was hard to make out Angle Tarn when you were standing right next to it.

Strange though, in a perverse sort of way I still enjoyed being out there, I hope the other eight weren’t wishing they had gone to Kielder.

Thanks again for the effort.