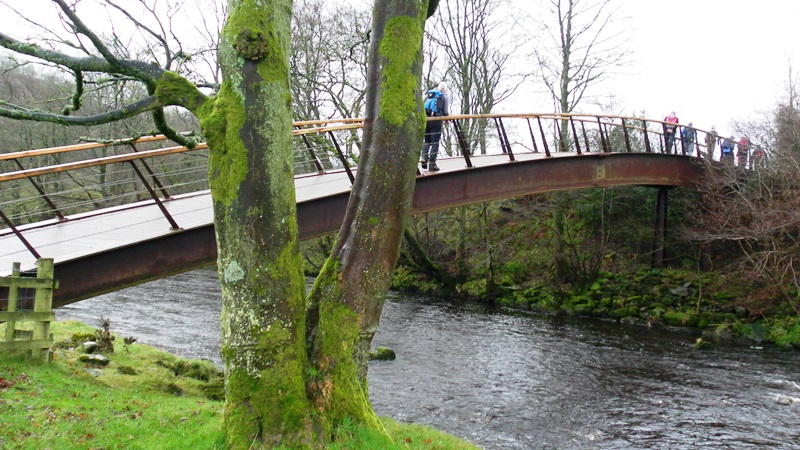 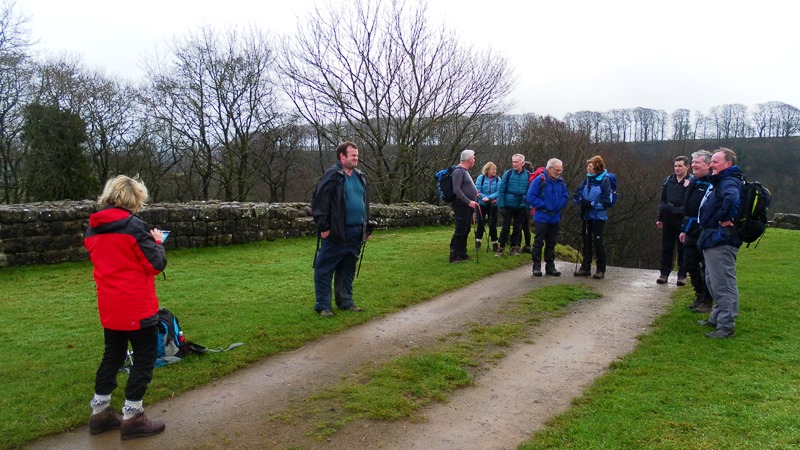 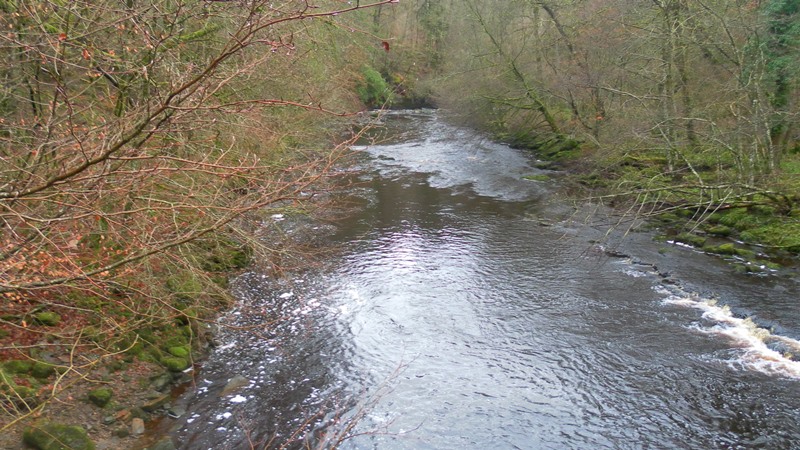 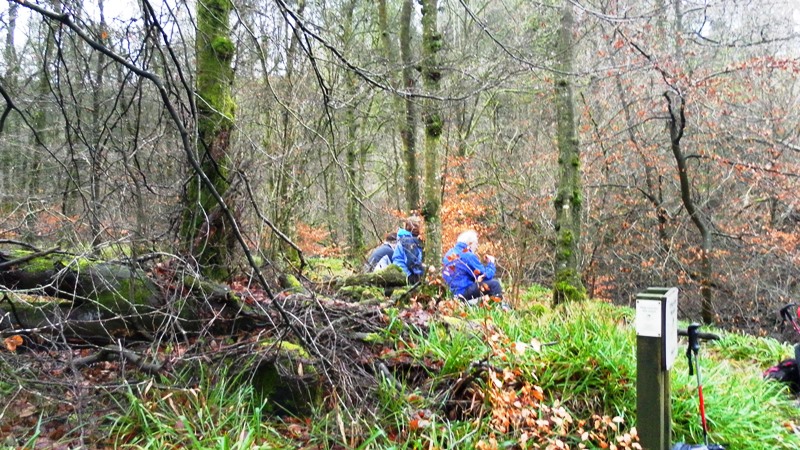 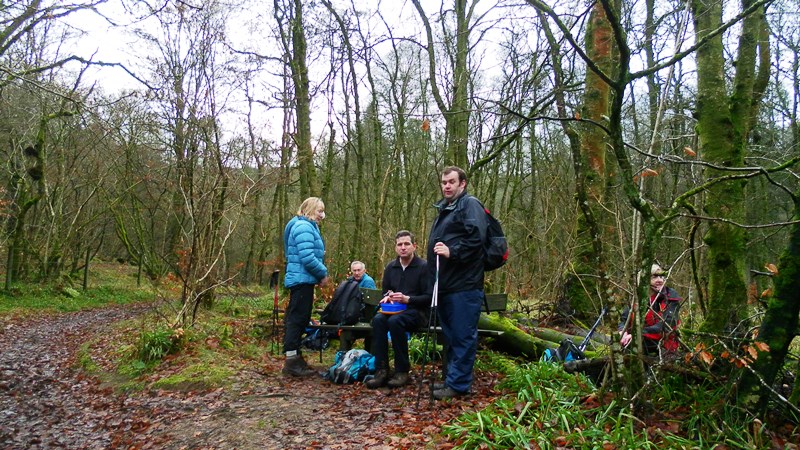 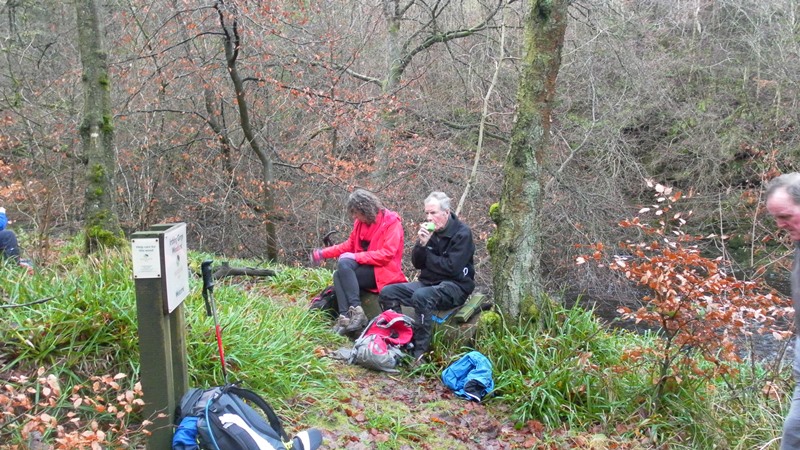 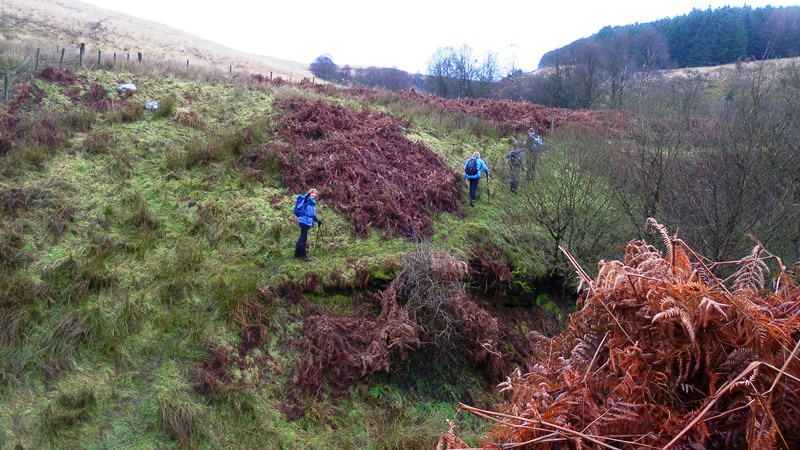 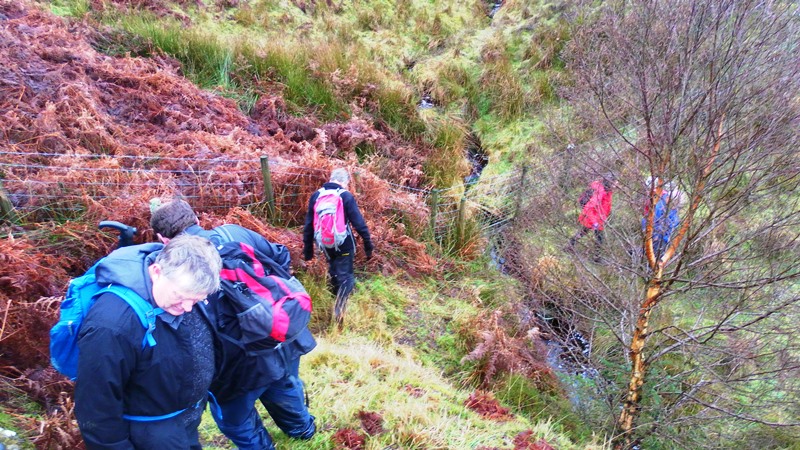 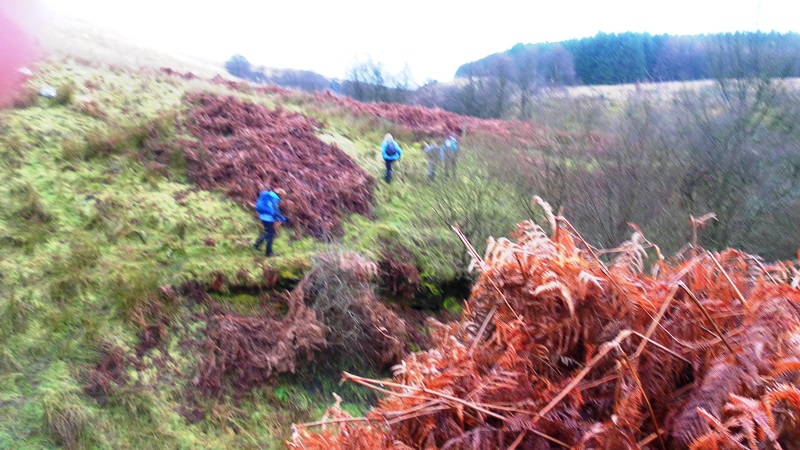 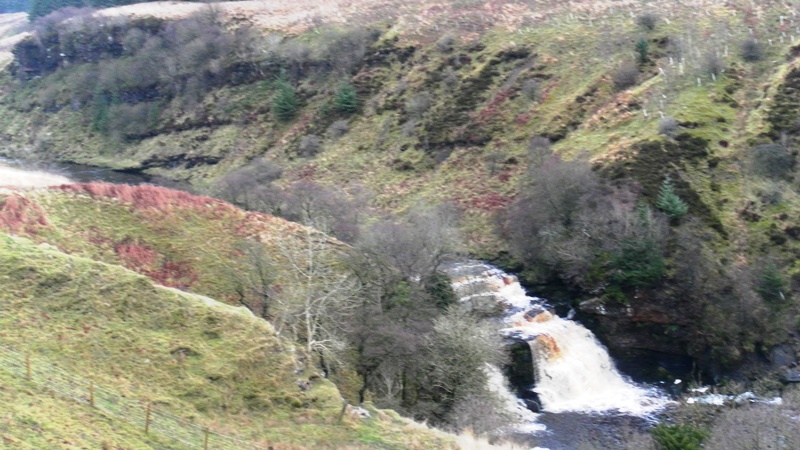 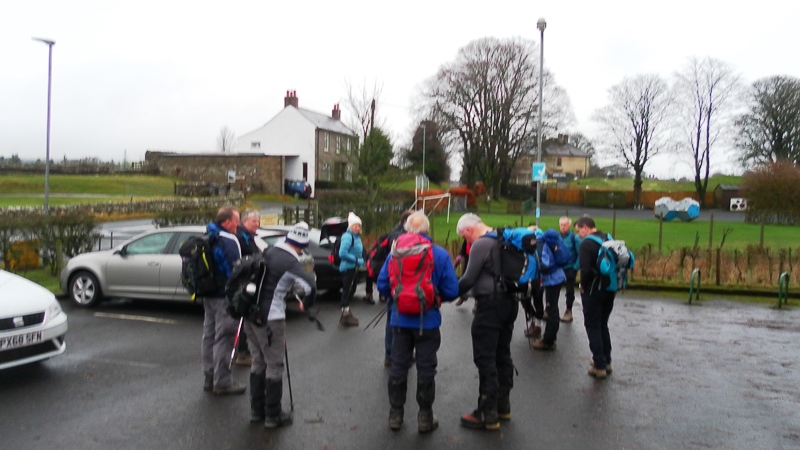 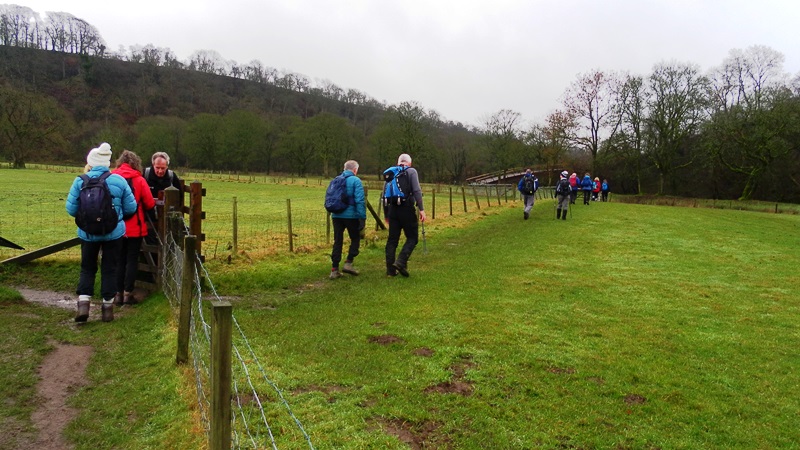 Twelve of us left Carlisle to be joined by  Peter  and Lauren at Gilsland School car park , depite a dry day forcast we travelled through some nasty rain to  Gilsland - (the type of rain that makes you wet!  )   however this had  stopped by the time we reached the village and it was dry but dull all day with the sun trying to break  through  occasionally . but never quite making it , not the day for being on the high fells as visibility would have been very poor,  but it was very mild and quite warm walking,. we made our way along the roman wall to Birdozwald camp crossing the countryside back to the village and along the river Irthing   path past the stepping stones -our planned rout back to find one of the stones had been dislodged in the river which would have made it too difficult and dangerous to cross on our return, as conditions underfoot were quite slippy especially the  stiles we crossed as great care was needed, and the ground underfoot was muddy soft and  slippy

.Lunch .. was taken by the river Irthing and we proceeded through the wild and barren countryside to the waterfall , as the bracken had died down we followed  the gorge path which was a little tricky in places but gave good views of the river gorge, this path is clearly marked out by the  forestry commission posts bur is virtually impossible to follow in the summer months when the countryside is growing.

Thanks to  everyone who came along