Seathwaite certainly lived up to it’s reputation as the wettest place in England and today it felt like a considerable proportion of the two metres or so of rainfall that is recorded here annually fell out of the skies during the walk. Undeterred seven club members completed a slightly shortened route. After leaving Rosthwaite the walk progressed through Seatoller and on to the ancient Borrowdale Yews. These 1500-year old trees provided some shelter from the wind and rain and some interesting guess-work as to the combined age of the group, reckoned to be about a fifth of the age of the Yews. The rain continued without a break for the return leg back up the valley and our two young German companions began singing the theme tune to the film Titanic which seemed quite appropriate. Reaching Stonethwaite the walk was cut short and the group returned to Rosthwaite.

Thanks to all who braved the elements, especially new recruit Sharron. 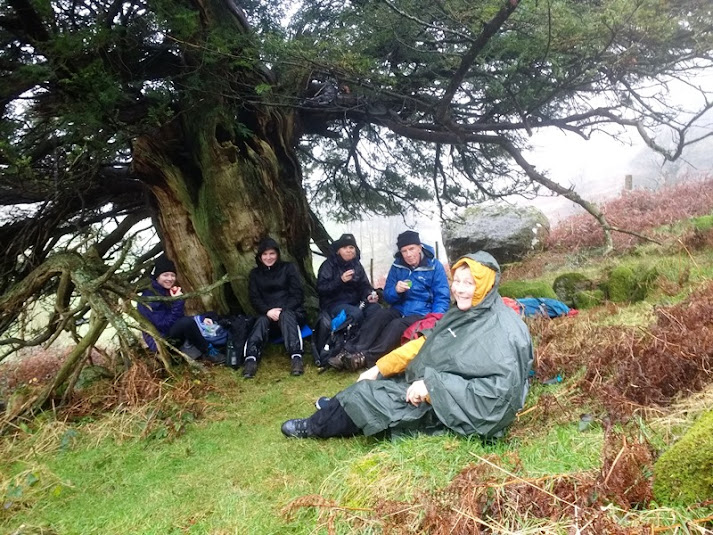 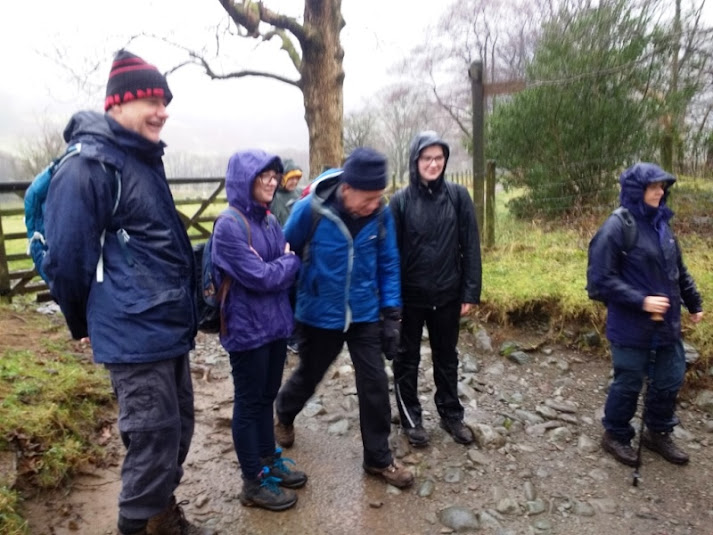 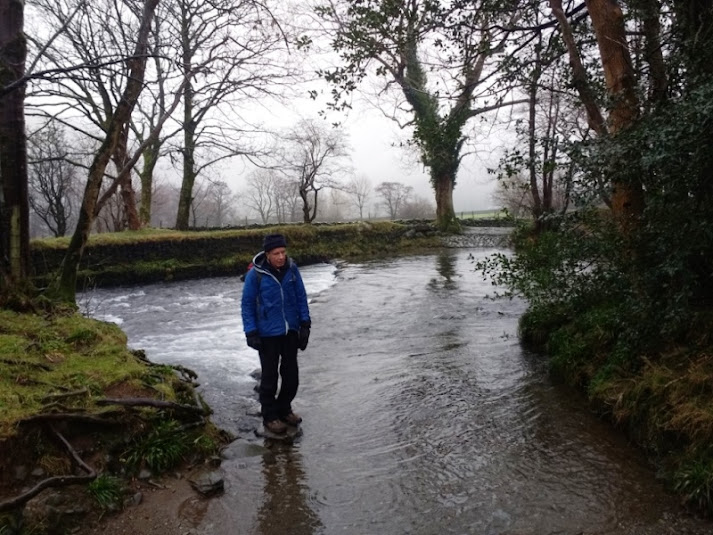 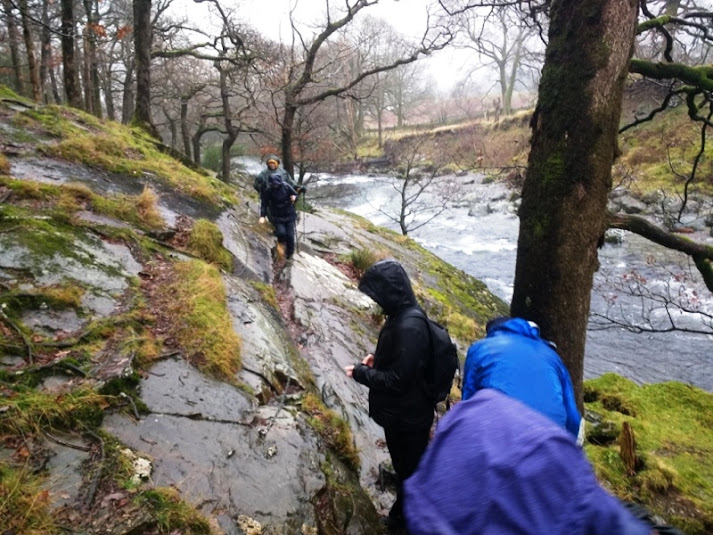 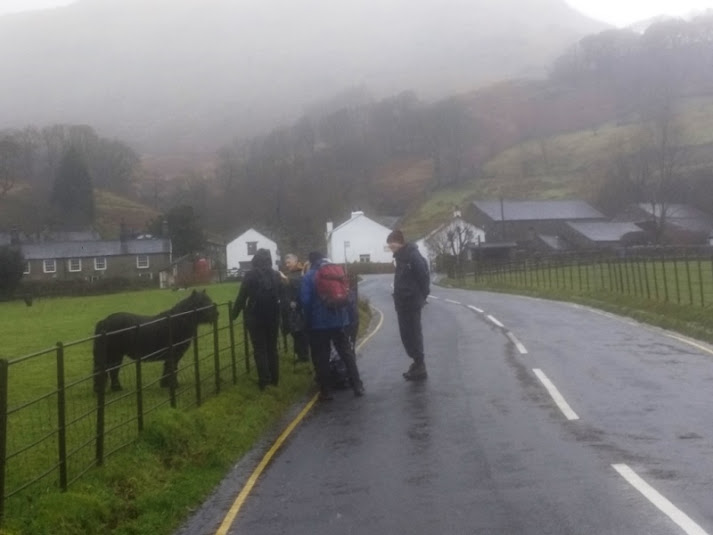 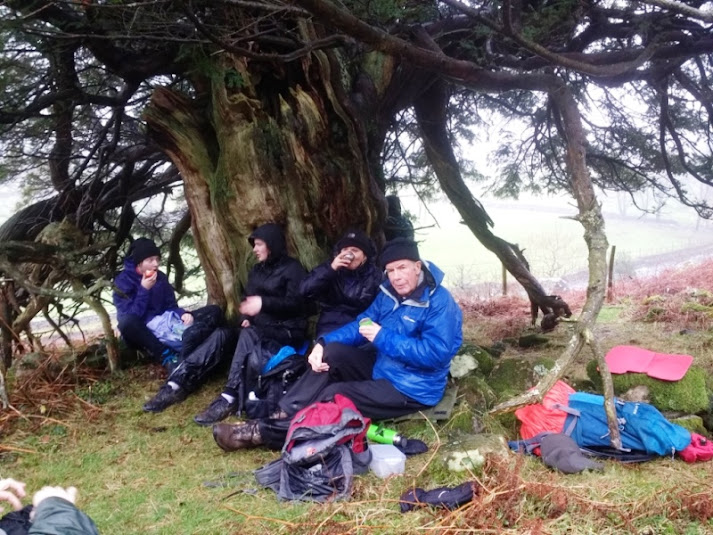 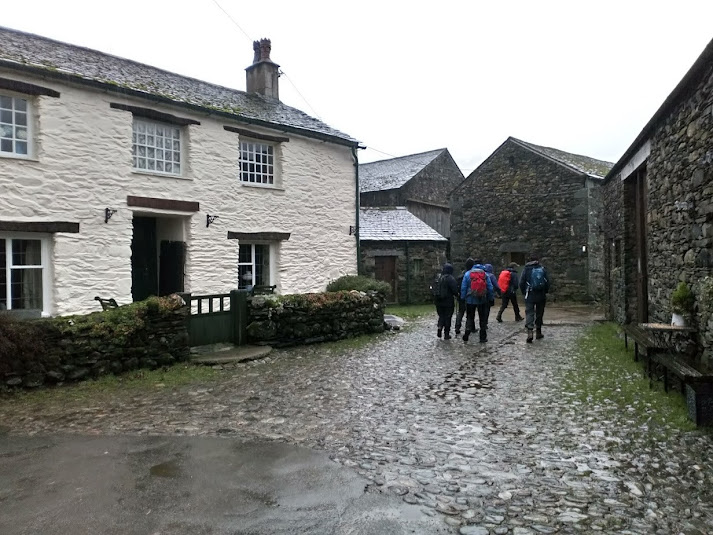 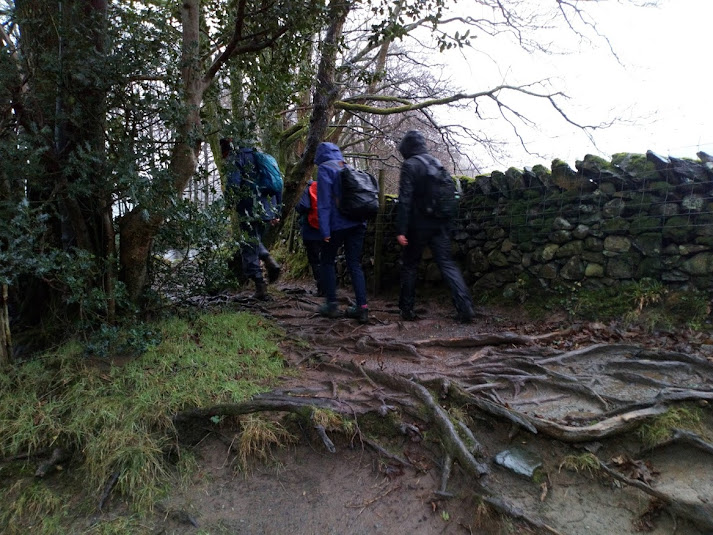 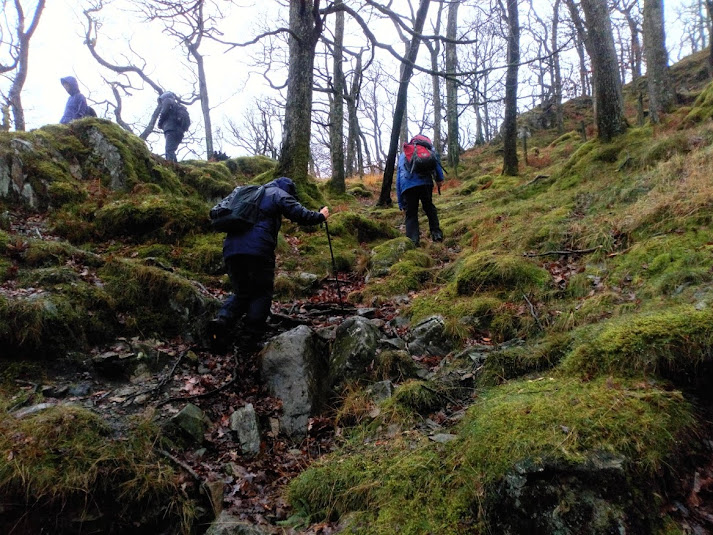 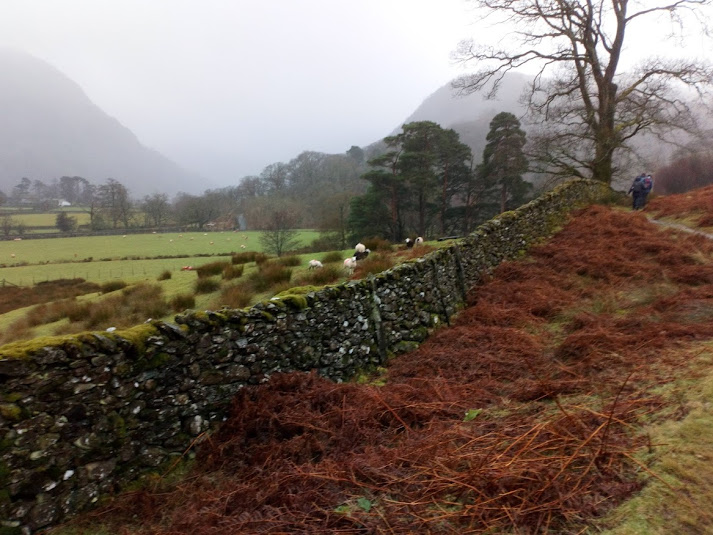 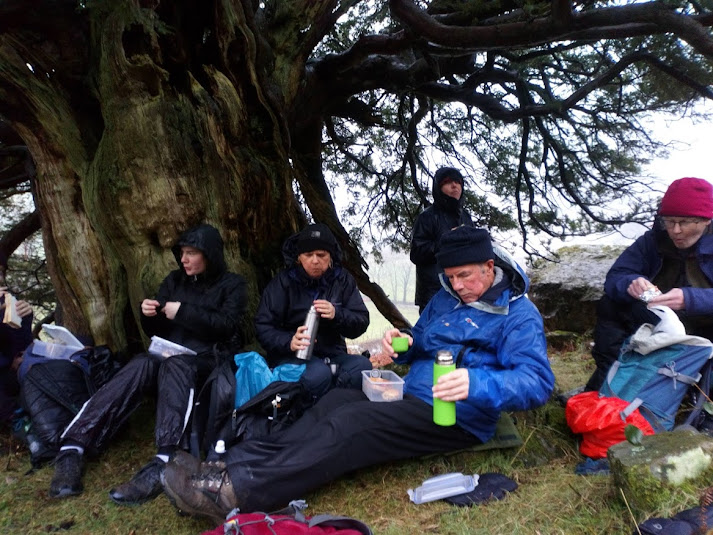 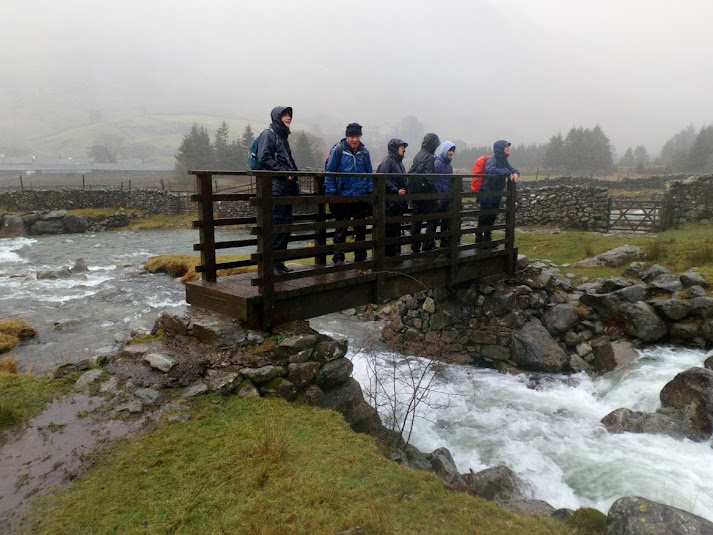 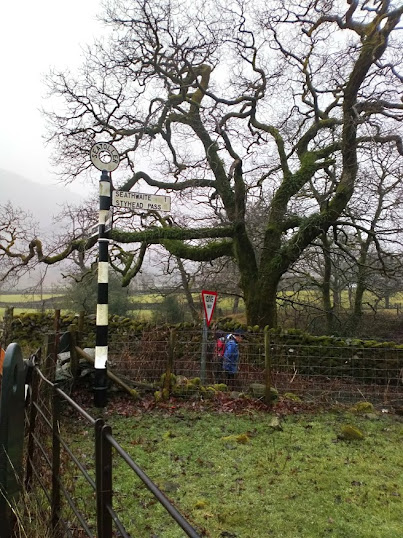