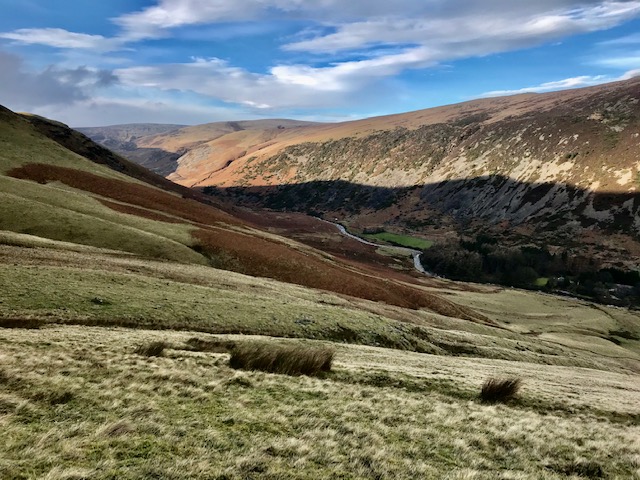 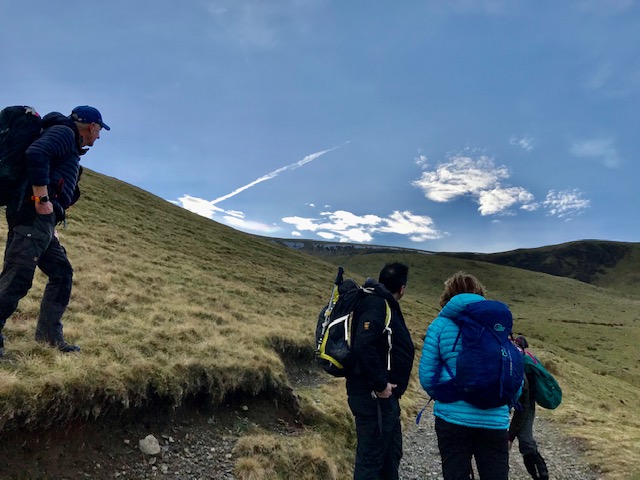 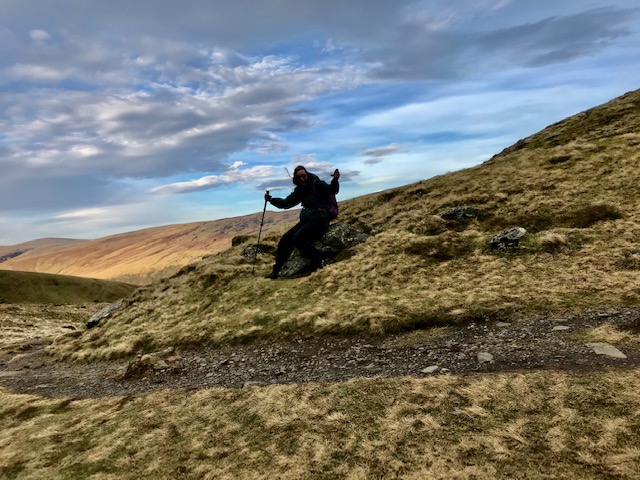 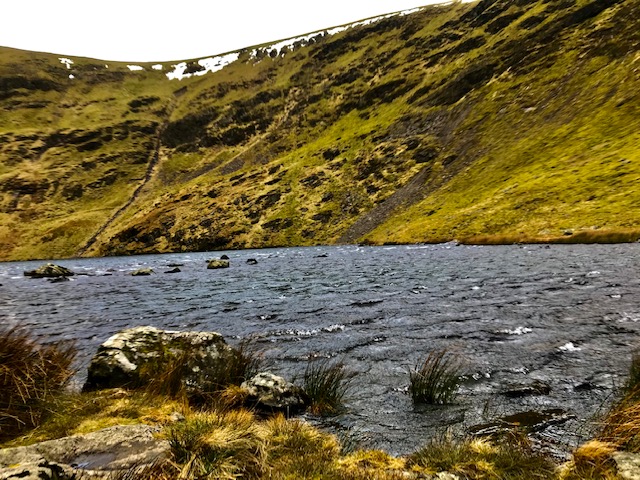 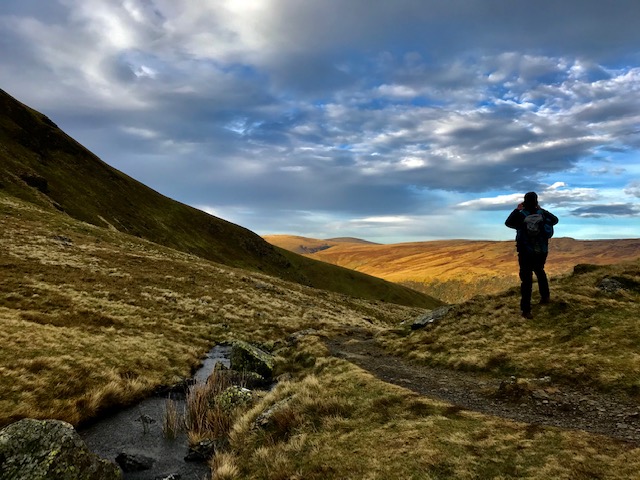 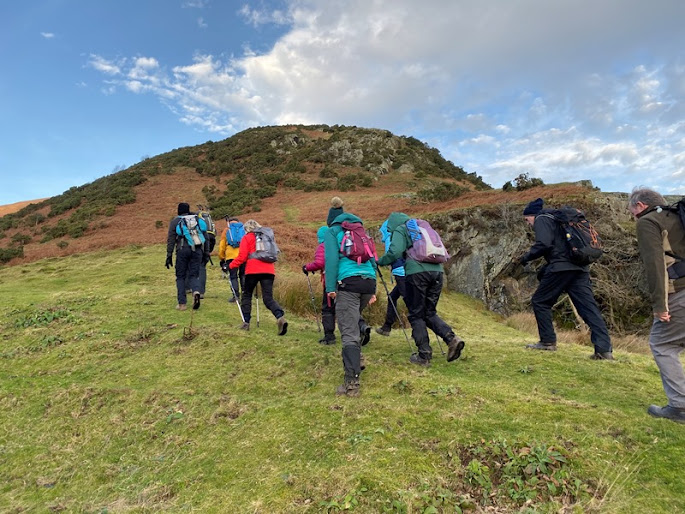 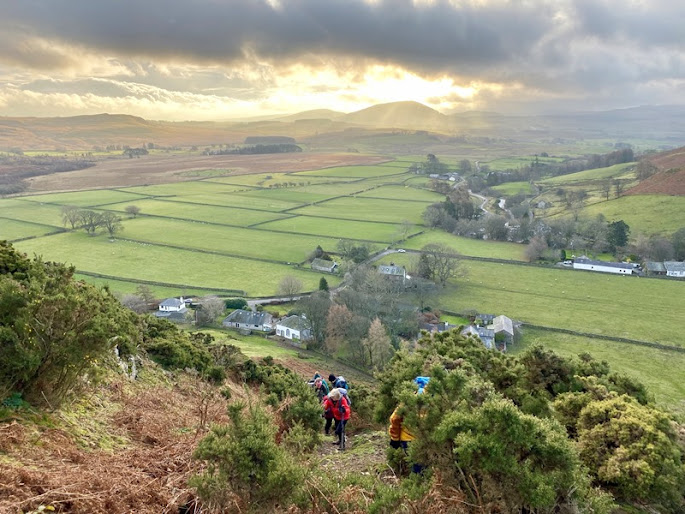 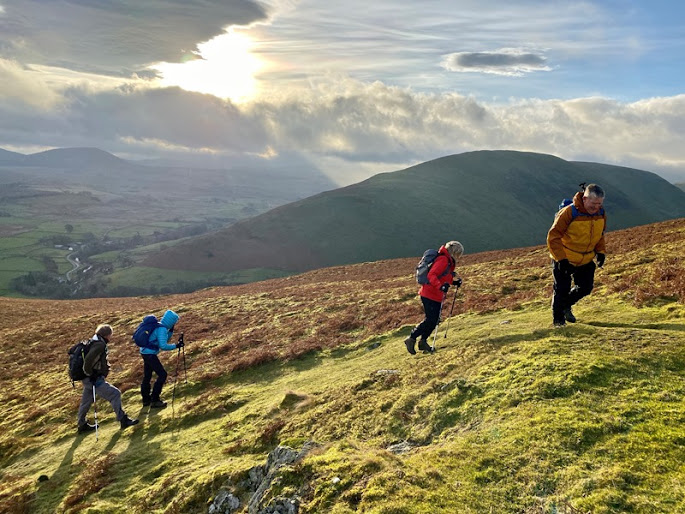 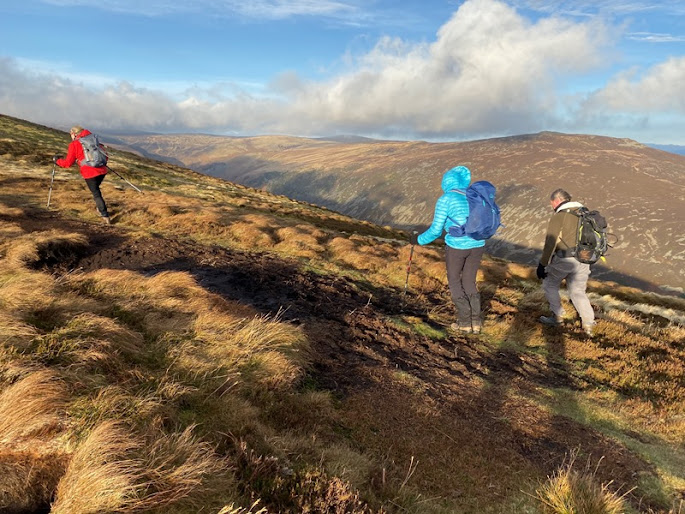 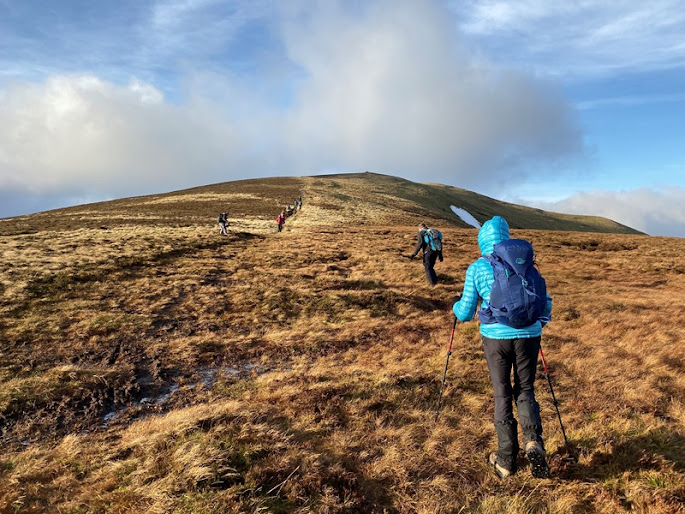 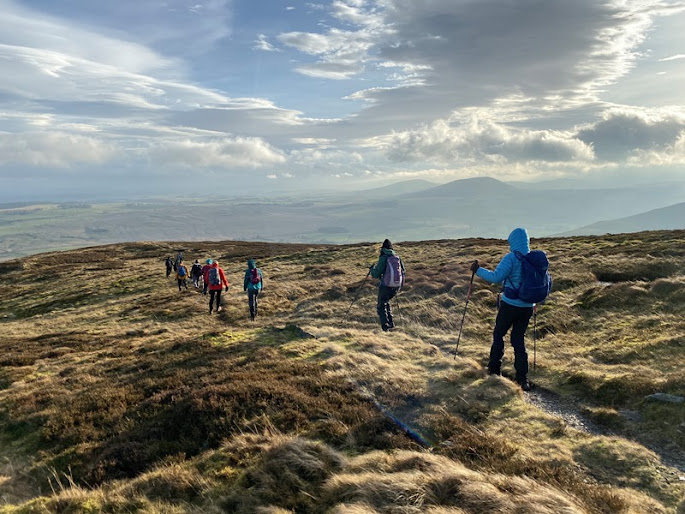 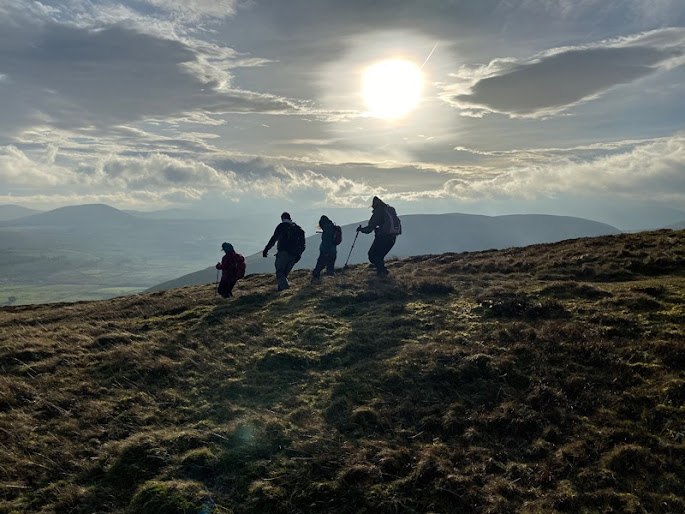 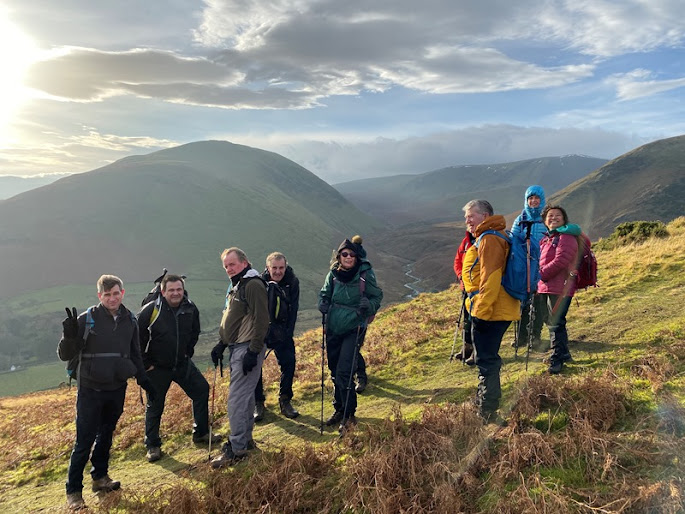 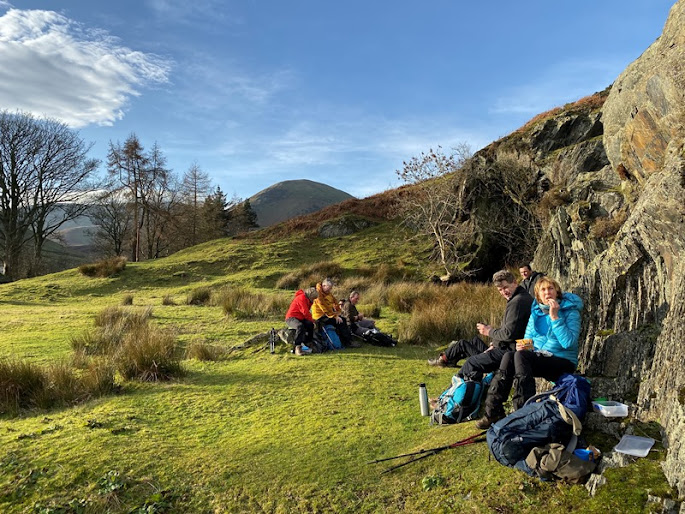 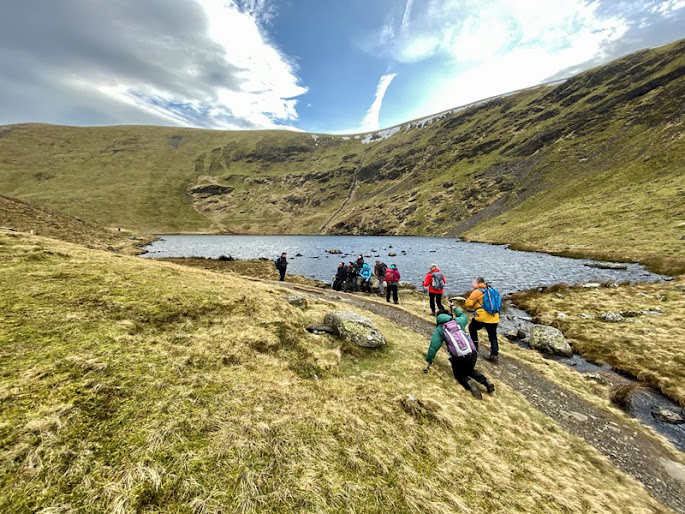 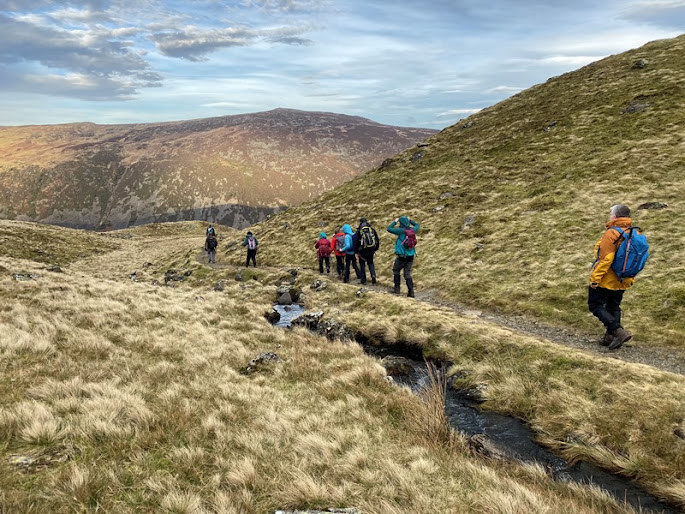 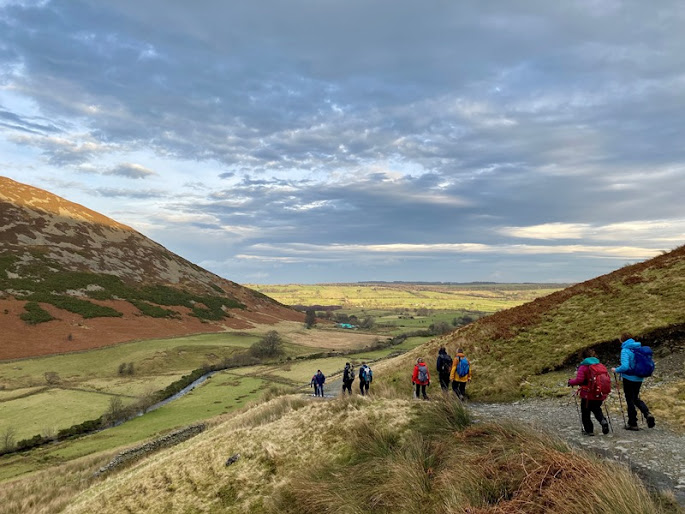 Eleven of us set out from Mungrisedale with our eyes very much on the target of Bowscale Fell. We should have noted the warning as we scrambled up Raven Crag, that although it appeared a cracking day the wind was in fact a little gusty. After the hard steep climb up the approach and exiting the shelter of the bushes that protect the path the wind hit us rather hard. To be fare the weatherman got it right, it was blowing a gale, but who ever listens to the weatherman, we pushed on regardless. We were severely battered for the next 20 mins or so. By battered I dont mean like as fish in the chippy, I mean like we were put in a tumble dryer on the high setting. I told the group I thought it would be best to head down from the summit of Bowscale to escape the gale and everyone agreed. Alas, the summit was not to be attained. Shortly after there was what can only be described as a ‘Flying scene from Harry Potter. People blown over, sticks flying through the air, some people couldn’t get up once they were down. I reached far back in my memory banks to try and grasp that long lost sense called common sense, and managed to find there were some glimmers of it left, consequently we then turned around and hot footed back from where we had come.

On getting down it was almost like a summers day and lunch was taken in good spirits. Everyone was then up for the 5 mile return trip to visit Bowscale Tarn. The legendary immortal fish kept thier heads down as it was even very windy there at a little over 1500ft. Back to the cars and the Mill Inn for drinks and a good laugh at the days exploits. Thanks to everyone that gave it a go, the pictures dont really tell the story. The good news is Bowscale Fell will be there another day, the even better news, we will be there to climb it.