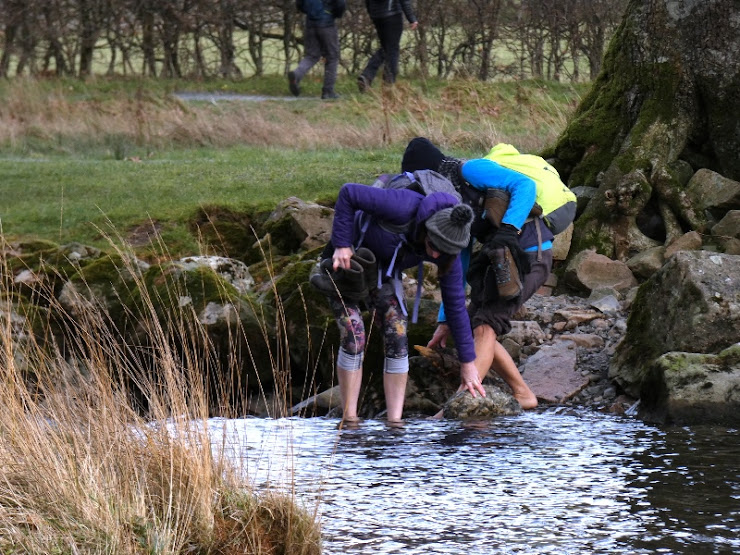 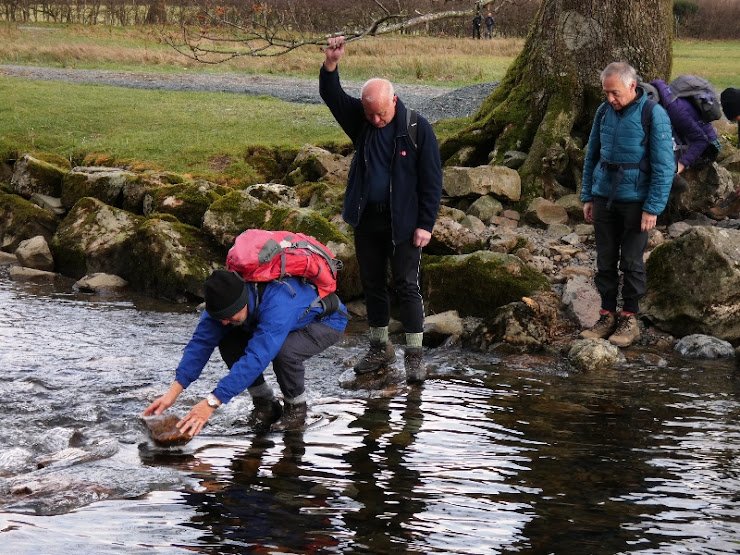 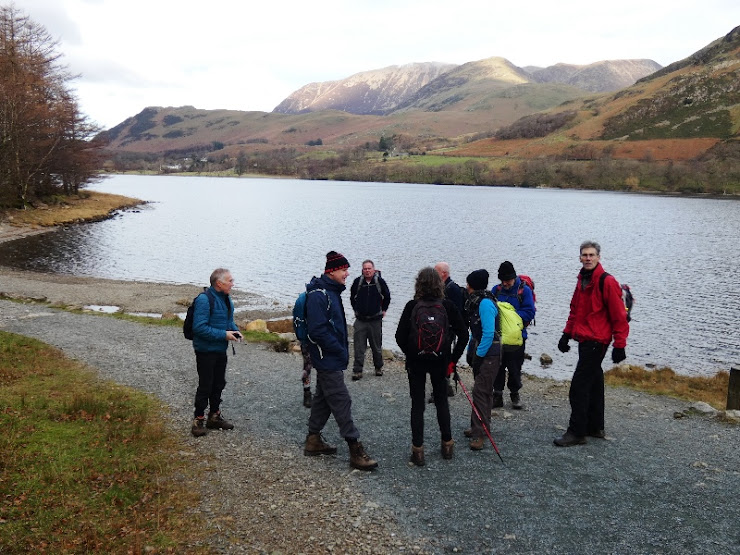 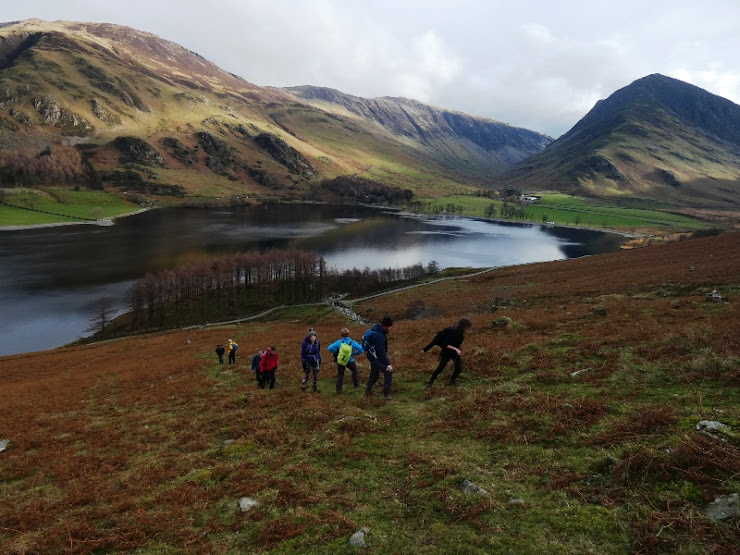 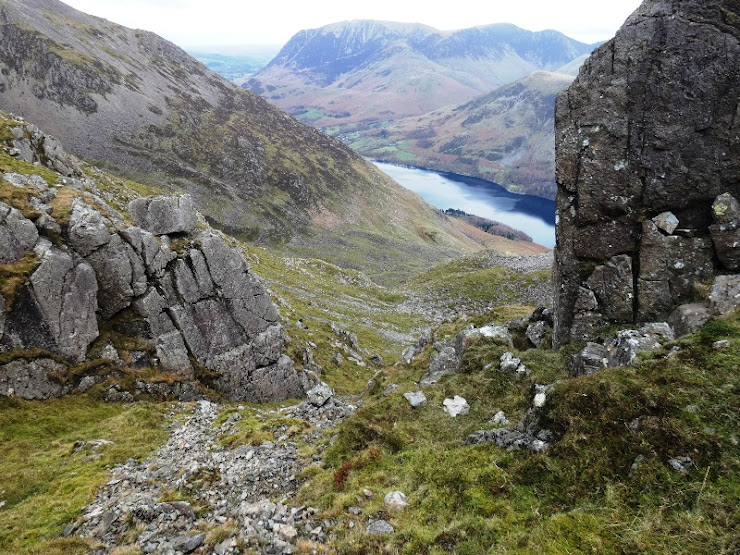 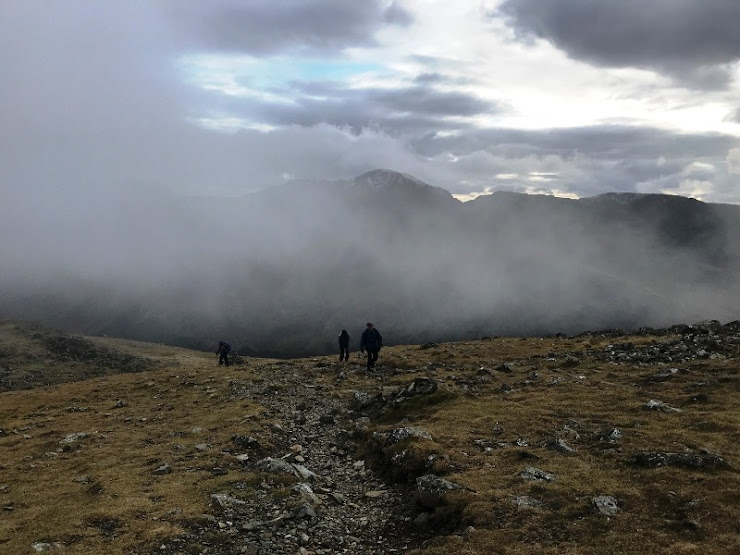 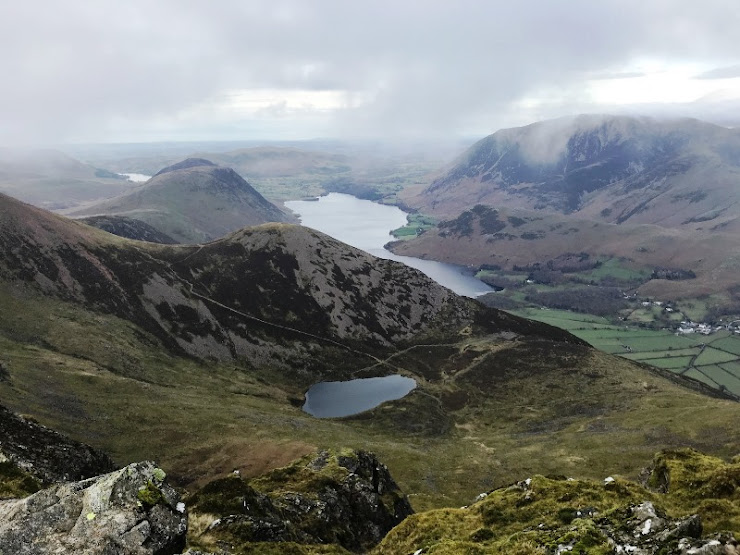 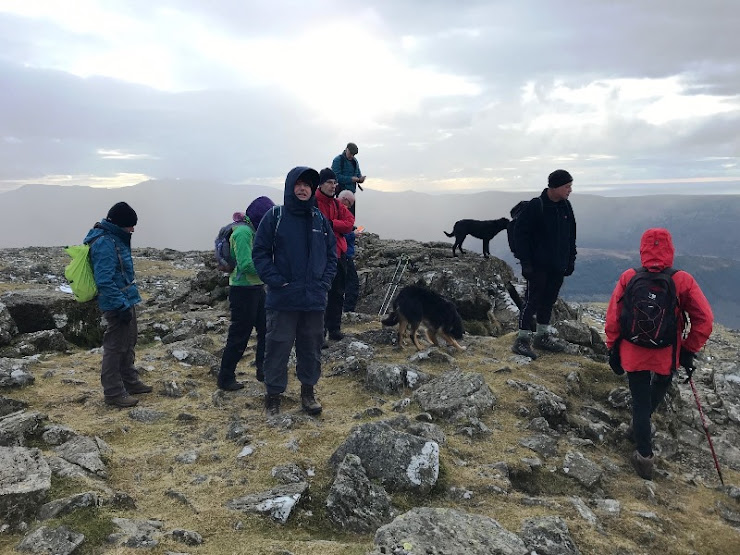 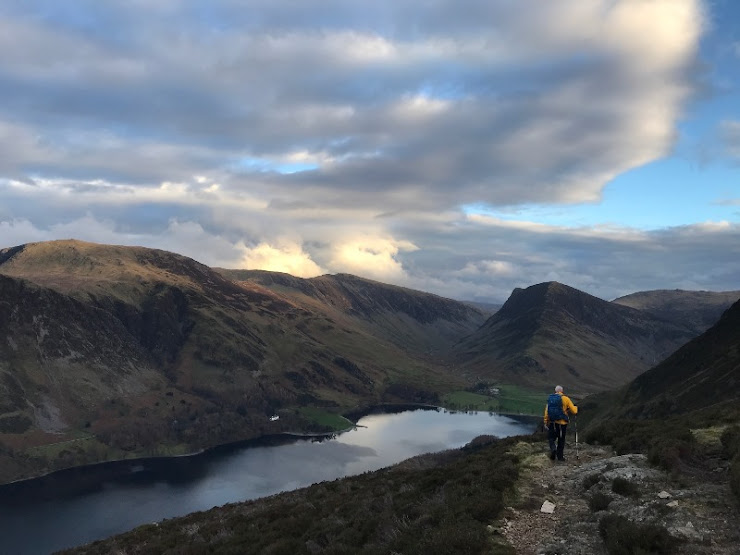 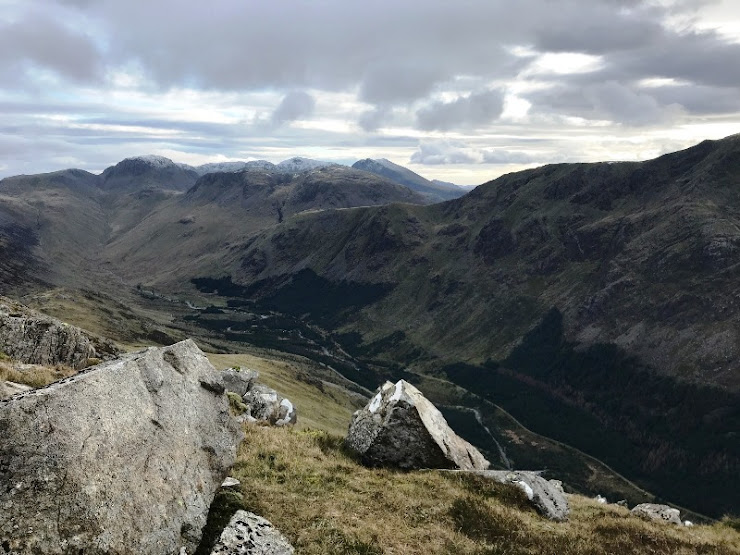 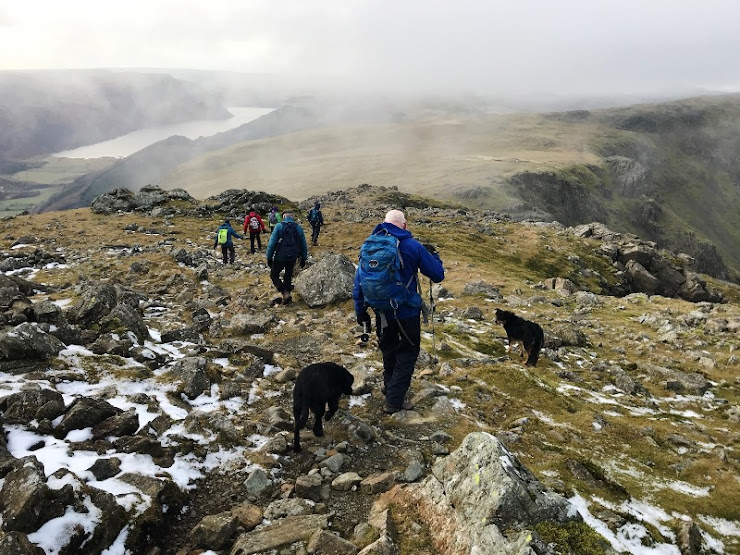 10 of us on the bus opted for the ‘A’ walk.  We welcomed Alan from Dalbeattie as a new member, we hope he can come back for more ‘A’ walks in the future.  We set off from the quarry on the outskirts of Buttermere Village and headed towards the Lake.  I had been forewarned by David Bulman that the footbridge over Sourmilk Gill was no longer existing (where are the bridge engineers when you need them?).  As we got off to a bit of a late start, I was hoping that the stream could be crossed easily without having to take the detour - that proved to be the case, it was child’s play compared to crossing rivers in Scotland (especially in the Glen Canisp area).

We were to meet David and his dogs (Sam and Max) at some point along the path towards Scarth Gap.  On the bus a good suggestion was made by a distinguished gentleman that we could take in Burtness Comb that lies between High Crag and High Stile as part of the walk.  The temptation to explore that area was too great and as we were now veering off the designated path, Pete Rutland thankfully suggested the route up to the Comb.  Also, David and the dogs weren’t too far ahead and they were able to join us at this point.

The ascent was very steep but once on the ridge we were rewarded with magnificent views of the Scafell’s, Great Gable and Pillar (with just a smattering of snow on the peaks for the first time this winter).  Lunch was taken at this point before setting off again towards High Stile and then onto Red Pike.  The descent off Red Pike was tricky, some skill being needed to say upright but Simon bombed past us in inverse proportion to his ascent earlier in the day.  By now the thought of drinks was kicking in and provided the necessary motivation to quickly head down the stone path back to Burtness Wood and the café/pubs beyond.  Thanks to all who came along on the walk and making it an enjoyable and challenging day.