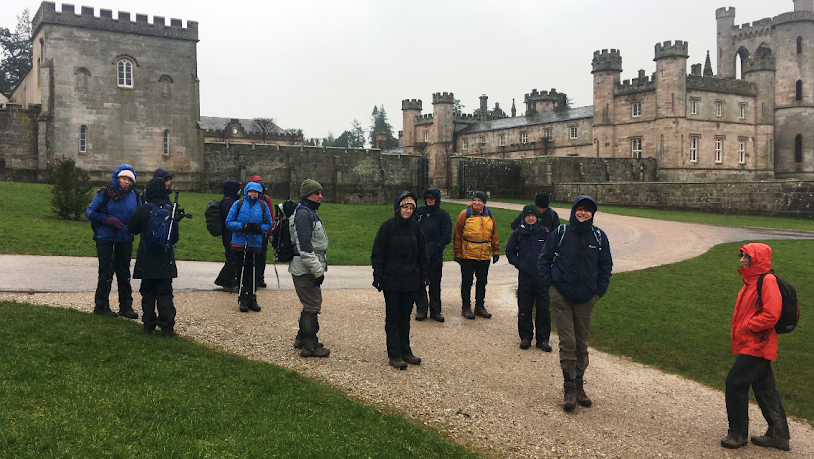 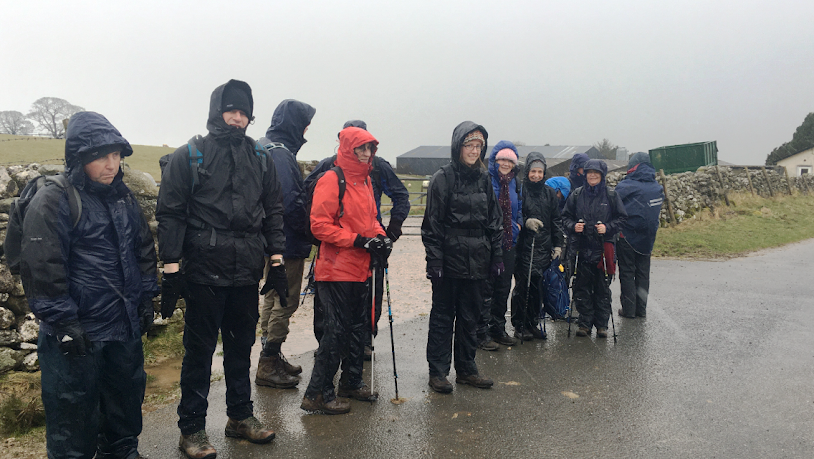 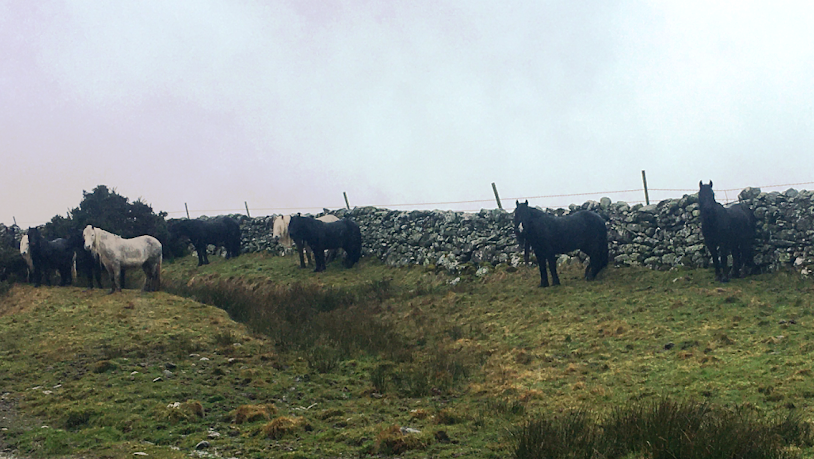 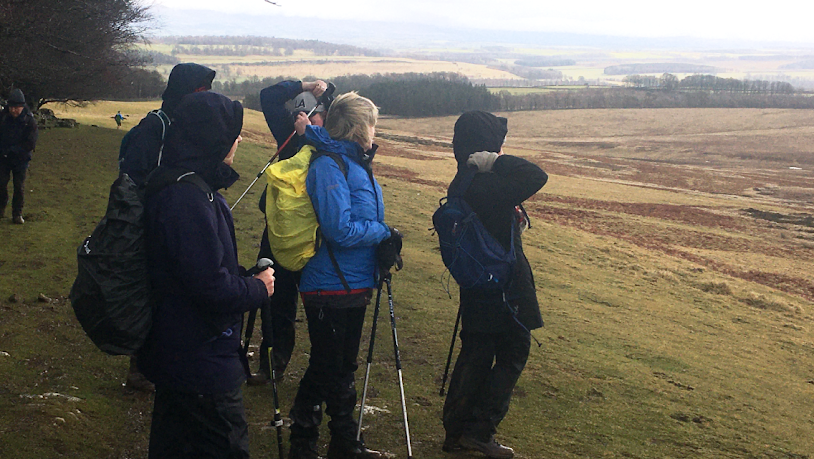 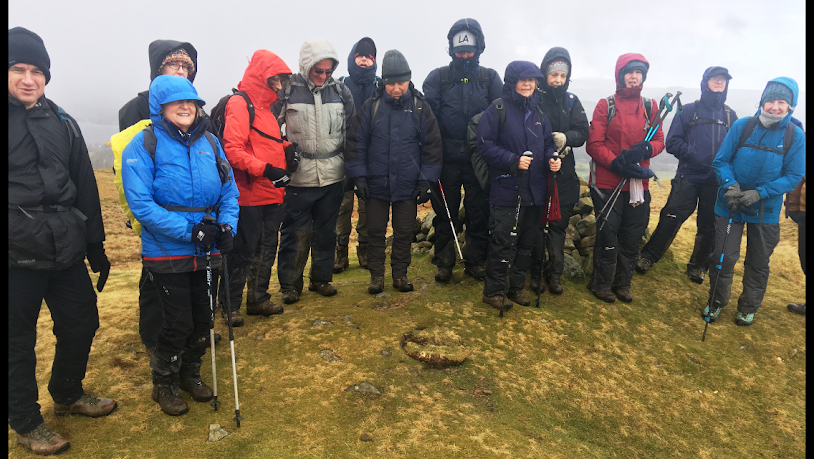 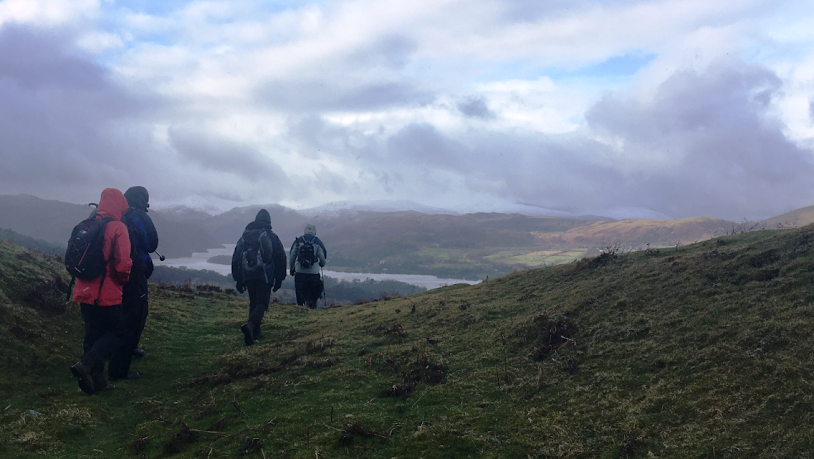 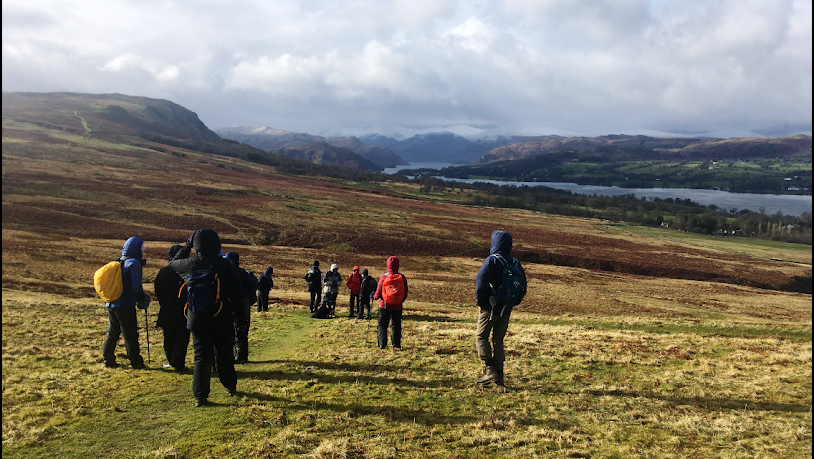 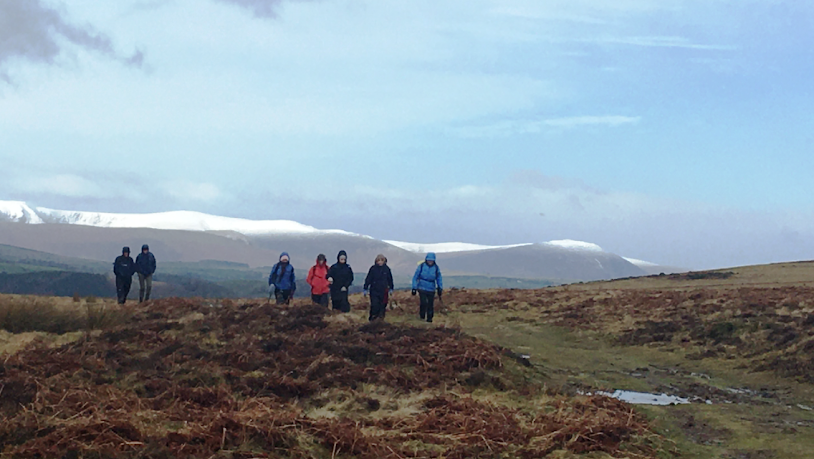 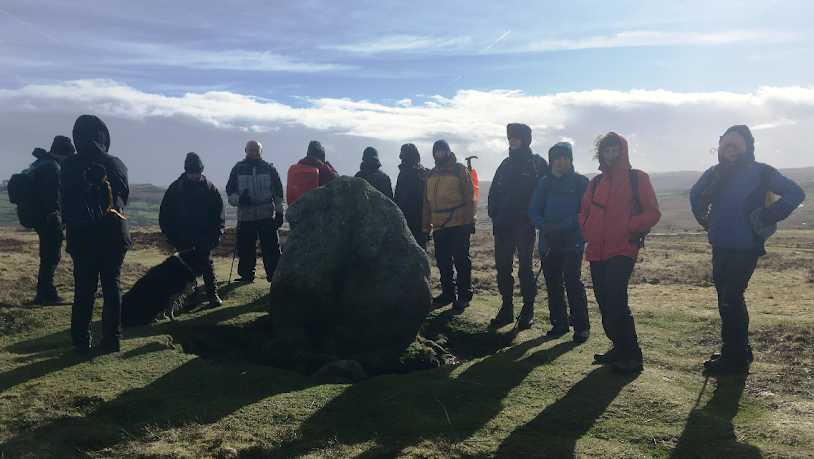 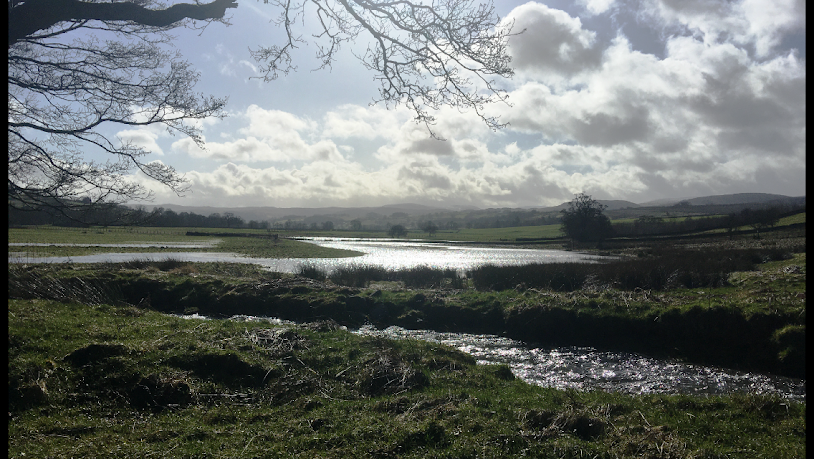 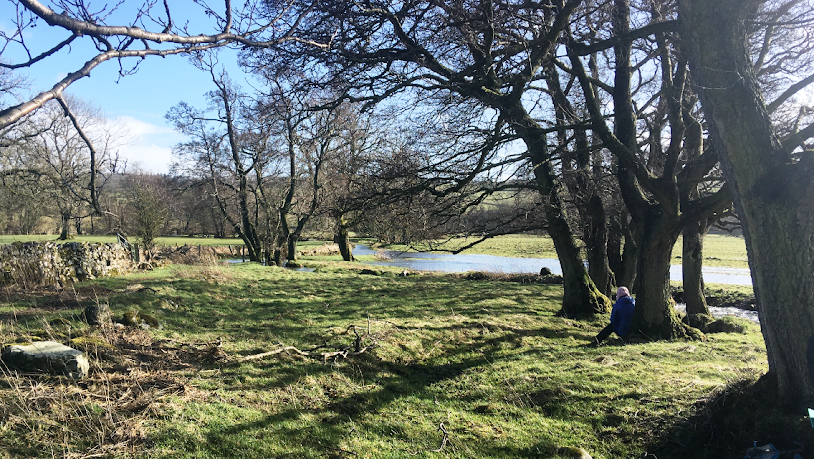 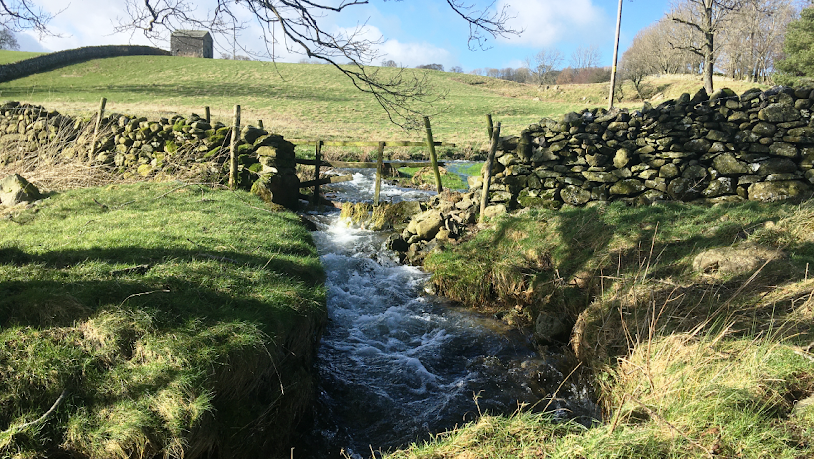 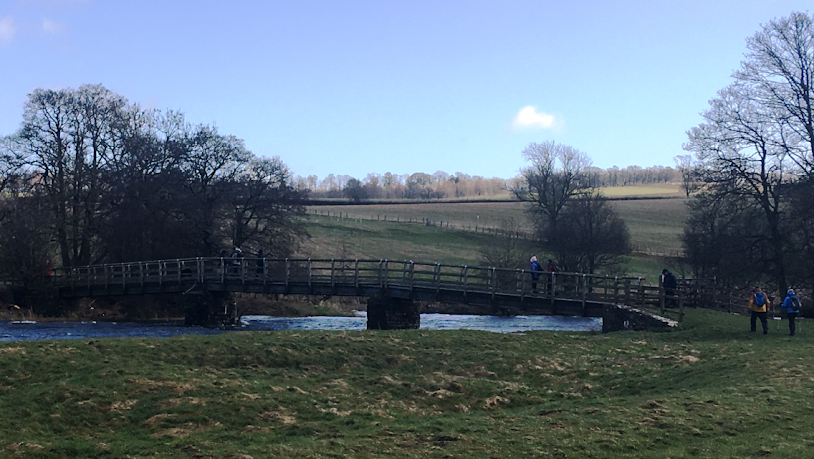 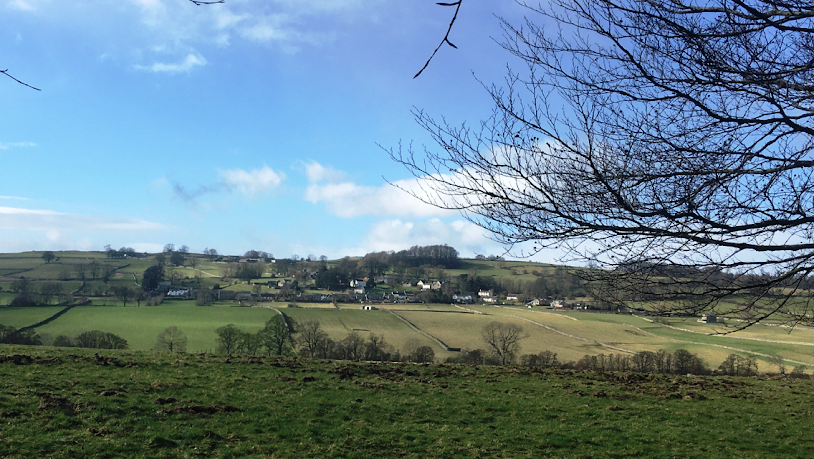 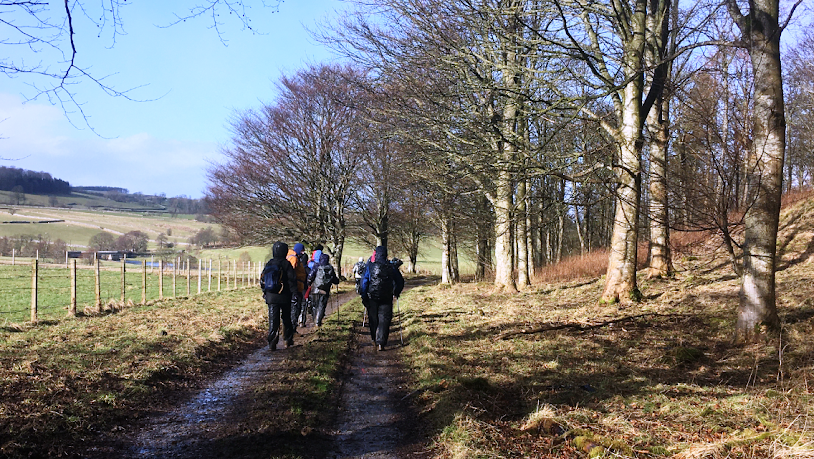 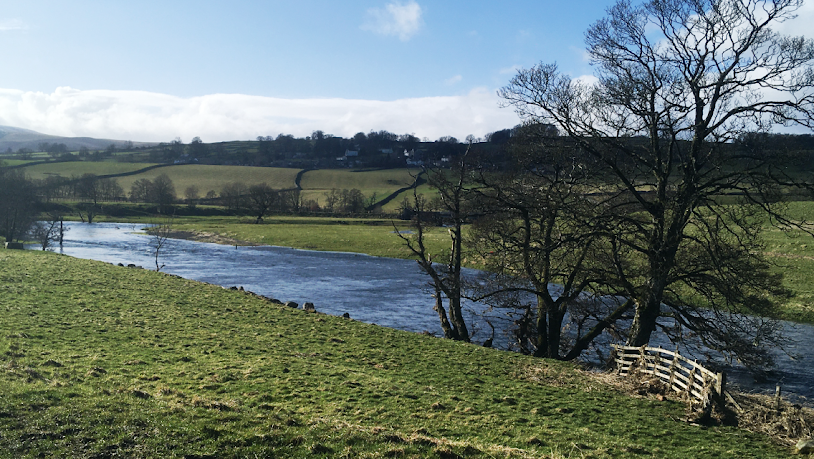 I thought a week of constant rain, including heavy showers before 9am this morning, would keep everyone in bed today. How wrong could I be, when 14 crazy people plus one dog turned up to go walking. Even when I informed them, that part of the route was flooded and we would have to include some road walking, this did not deter them!! So 15 of us, plus Clyde the dog set off in the drizzle from Lowther Castle, heading through lovely parkland and then the picturesque village of Askham. The weather eased a little until we reached the summit of Heughscar Hill where the rain turned to hail.  Heading down hill, we tried to shelter, only to emerge a couple of minutes later to beautiful sunshine and fabulous views over Ullswater. From here I felt spirits were lifted, with wonderful views of snow topped fells and blue skies. Everyone had previously visited the Cockpit so this was deleted from the plan and we went directly towards the Cop Stone.  Lunch was taken, in glorious sunshine, by the river near Helton, where the floods from the previous day had subsided giving us access once again to my original route. Shortly after the village of Whale we encountered an area that scored 8 out of 10 on the Graham Bell Mudometer but were soon on to firmer ground that took us along side the river and trough woodland back to the cafe at Lowther Castle. The day totally confirmed that you never know what Lake District weather is going to do, so thank you to everyone that came out prepared to brave the elements and were rewarded with all Four Seasons in just a few hours. 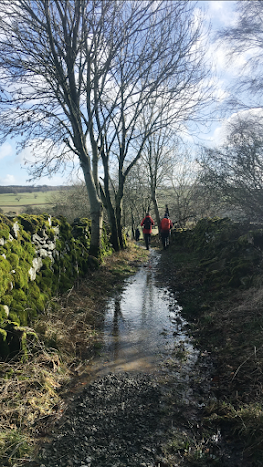