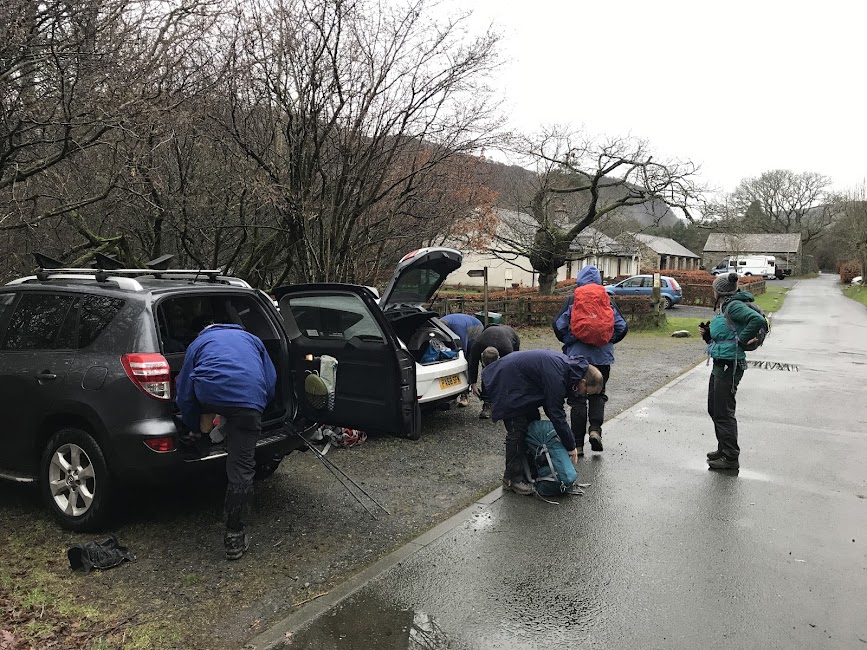 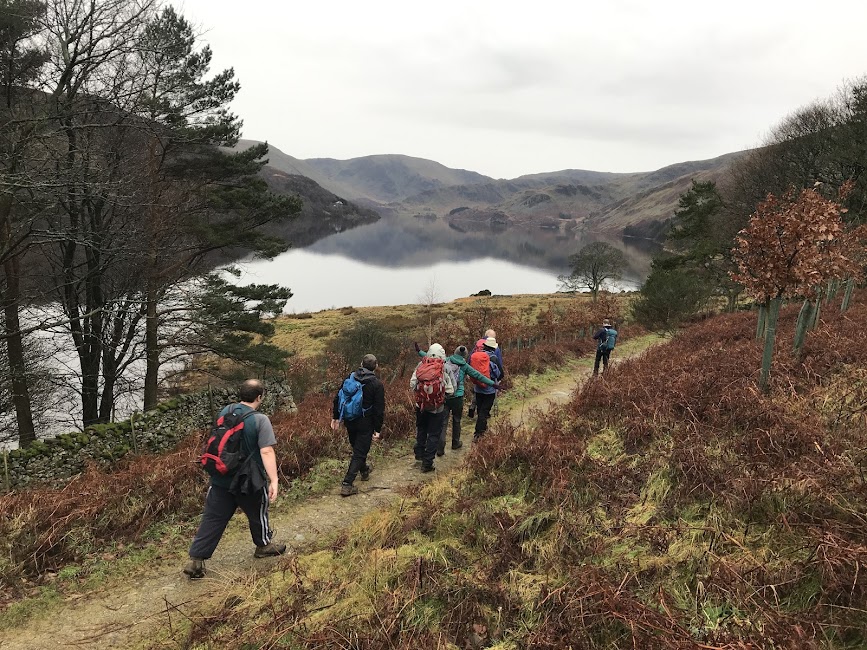 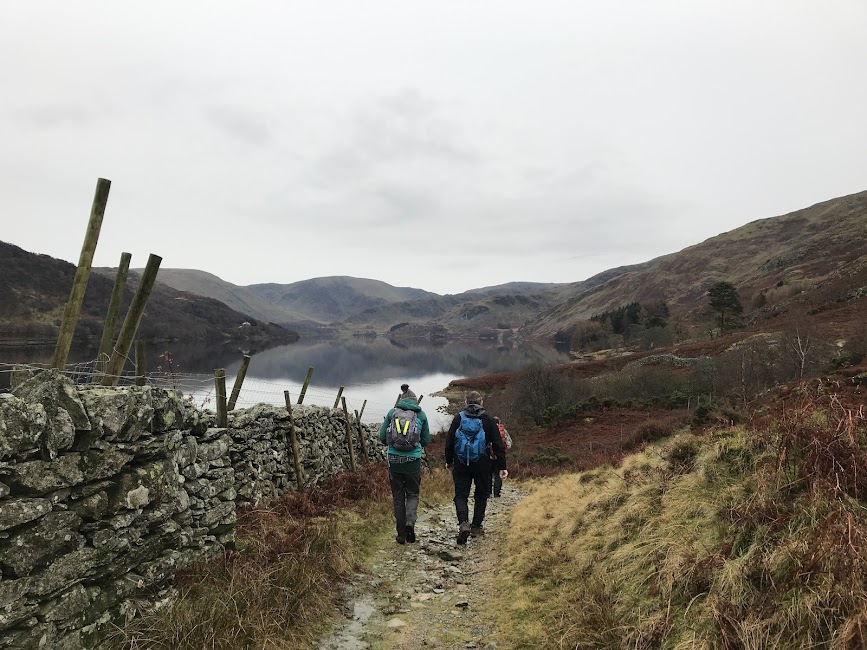 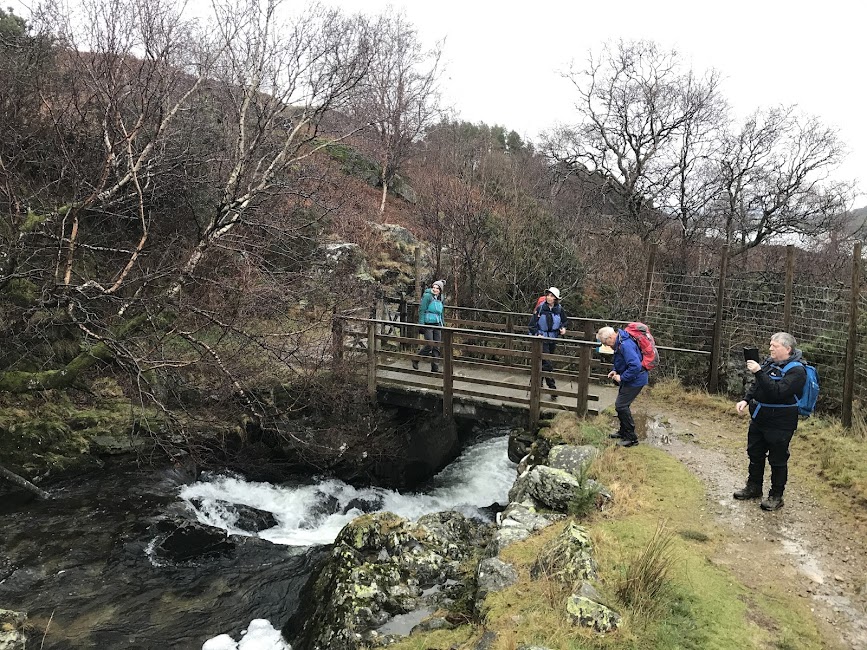 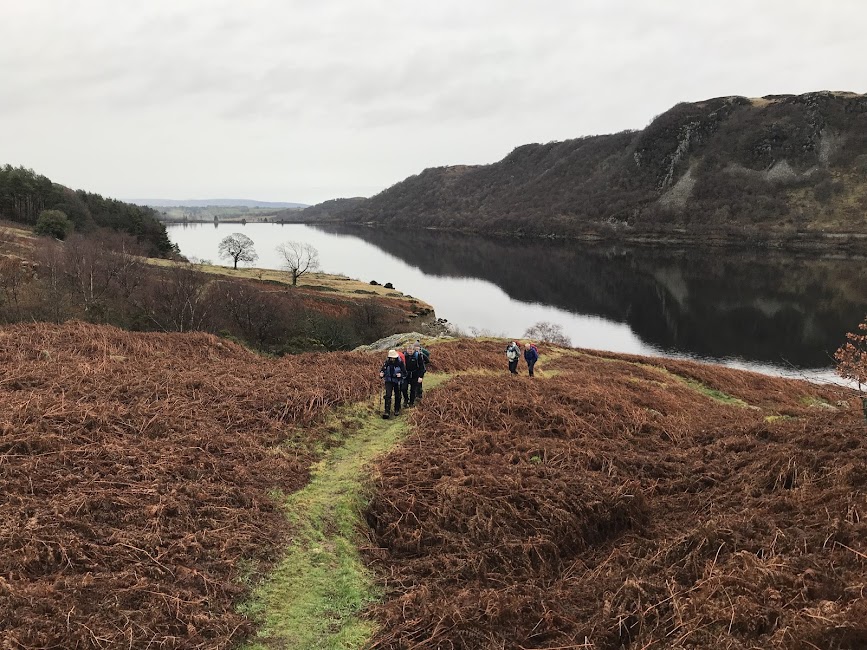 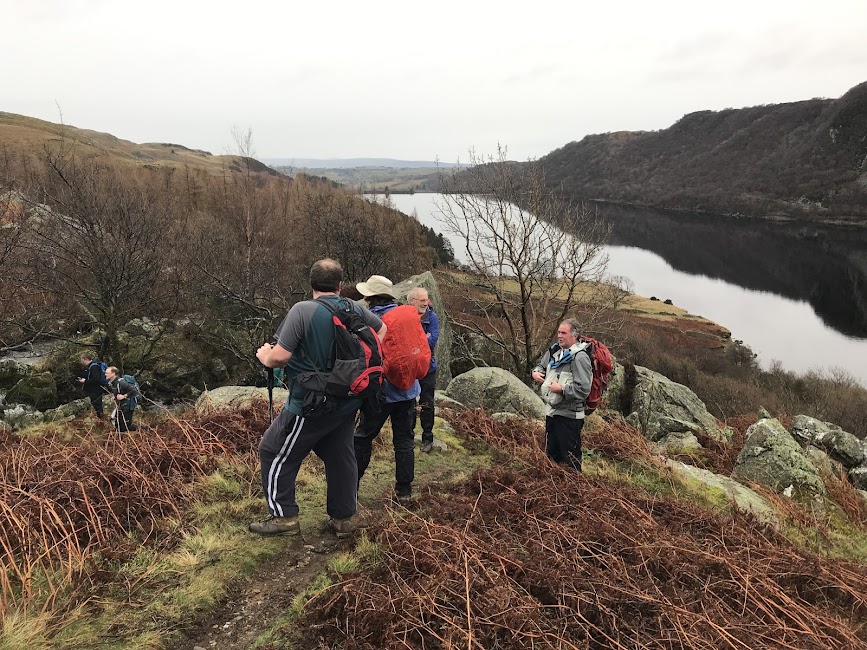 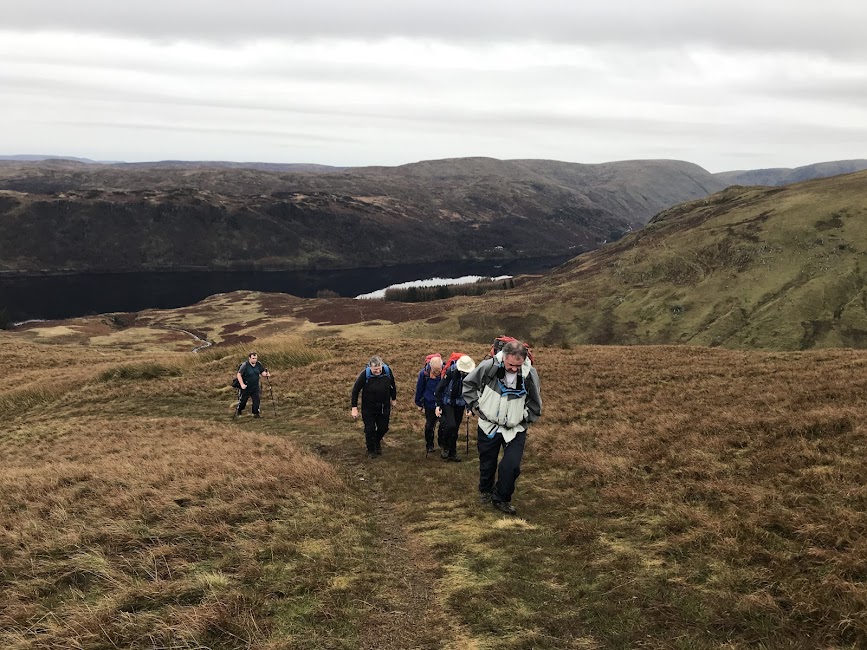 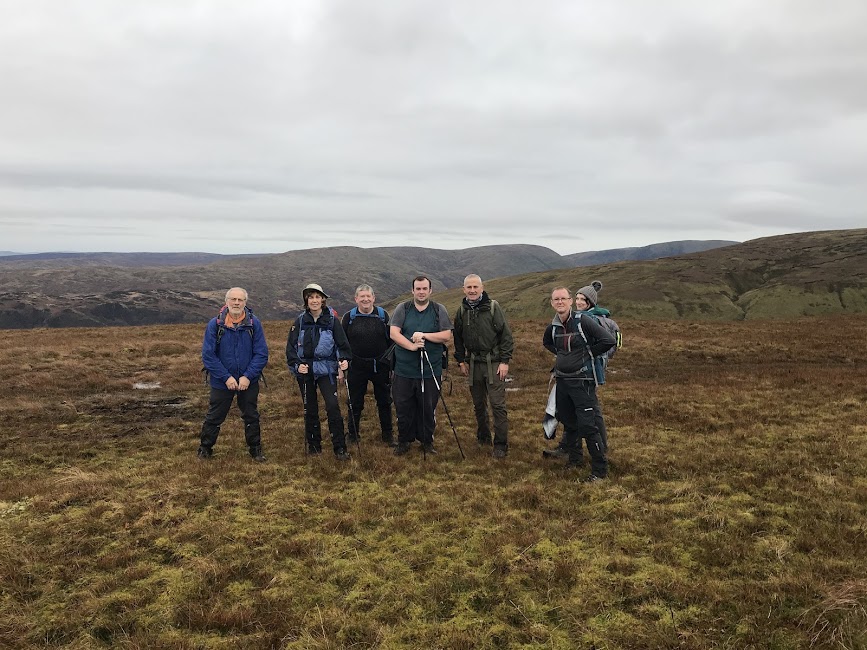 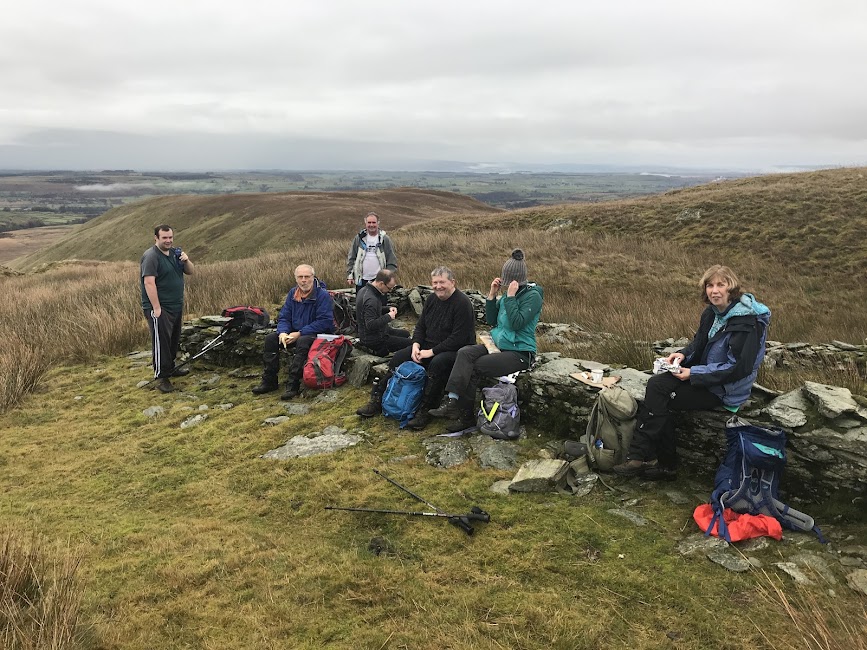 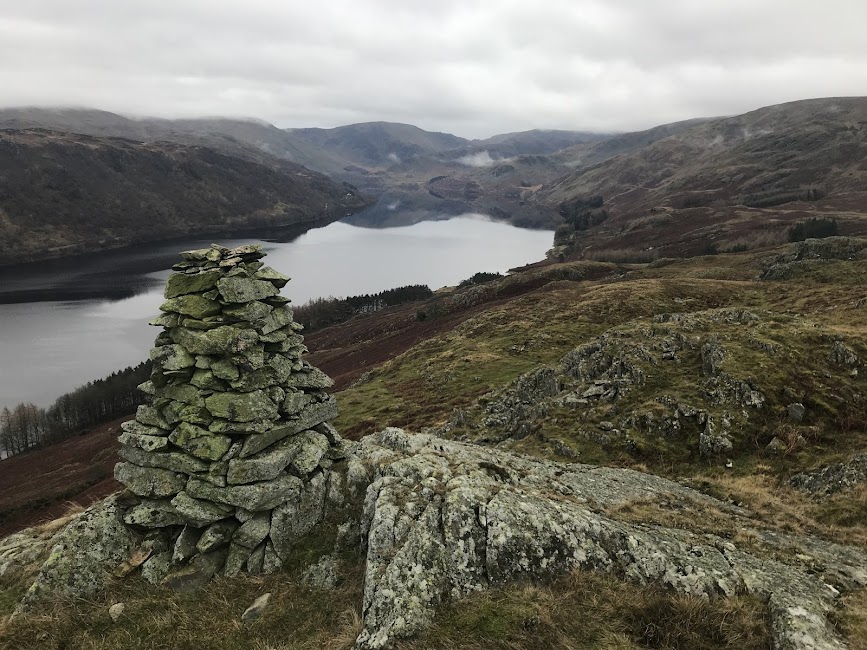 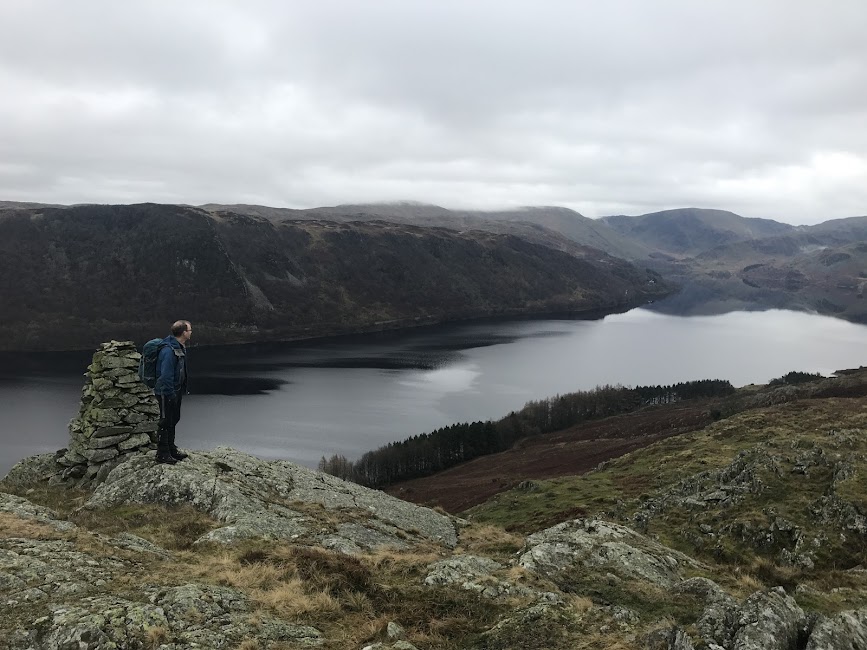 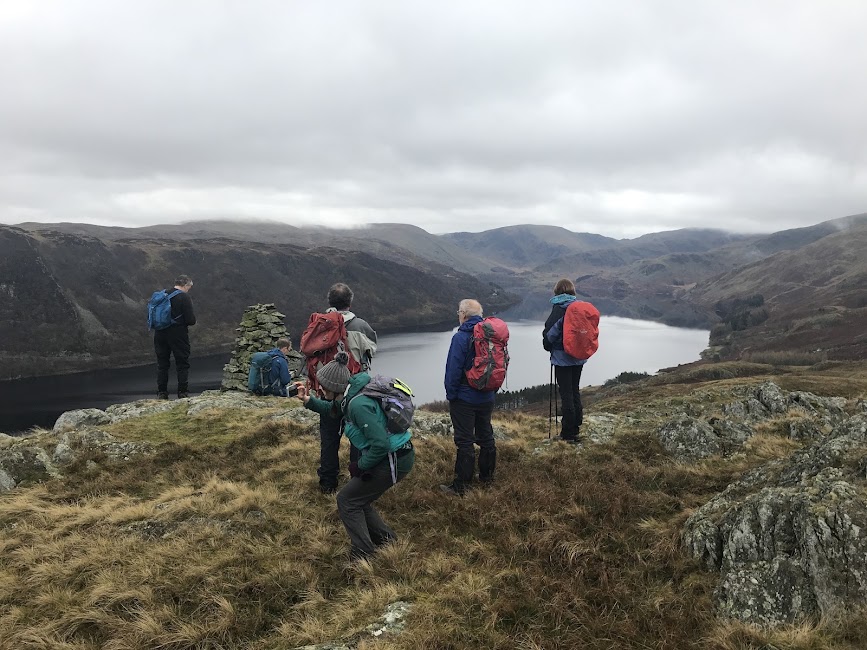 With the weather forecast looking like it was going to be a day for wet weather gear, we set off from Burnbanks in rather better conditions than expected. A mile and a half stretch just above Haweswater looking ahead to the higher fells at the end of the valley, great colours and views and spirits in the 8 strong group started to rise.

We then started an uphill section up The Forces, the waterfalls of Measand Beck. Spectacular both in sight and sound the falls path leads you to a footbridge and access to the felliside of Low Kop. It took us about half an hour to hit the summit then we dropped down for lunch at the old quarry workings. This being a fairly short walk it was a leisurely lunch. Not only that, considering its the middle of December the temperature was very mild, more like a poor summers day than the middle of winter. Nose bag complete, followed by After Eight Mints (very sophisticated this group) it was a slow amble down to pic up a track leading us across the undulating fells above Hawseswater. We took in a number of small summits, some not named and others like Four Stones Hill, Great Birkhouse Hill and skirting under the little summit of Burn Banks itself. This side of the Reservoir gives the best views right up to the head of the valley and we were blessed with clear skies and no rain until we almost had reached the cars.

Not the longest or toughest walk we will ever do but I think it was pretty good all the same.

Great views and company, thanks for pitching up.