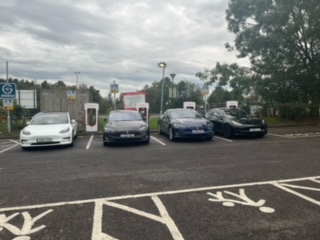 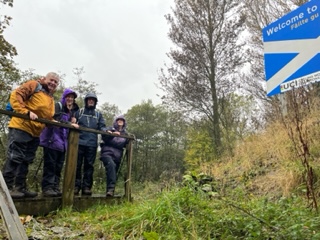 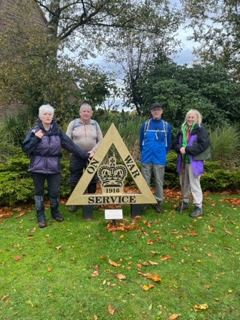 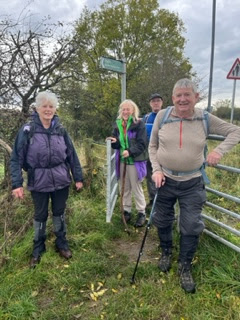 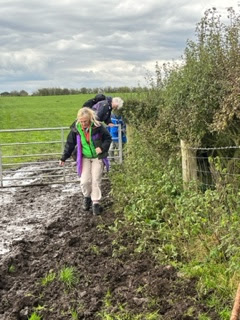 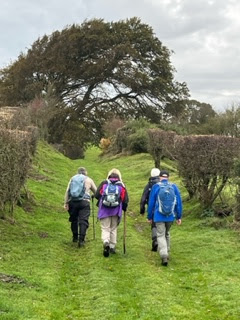 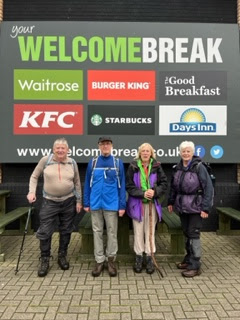 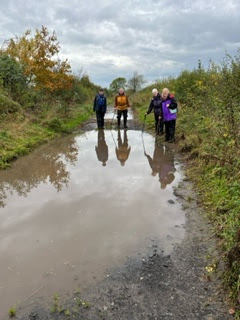 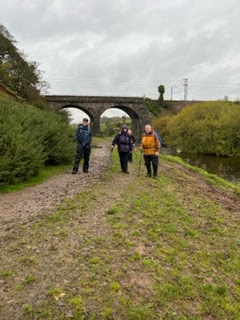 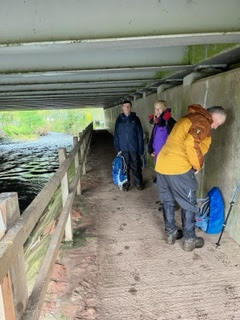 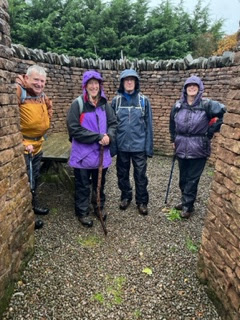 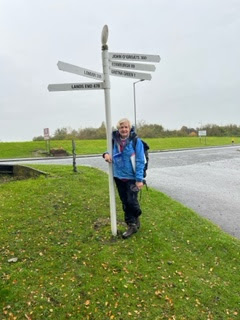 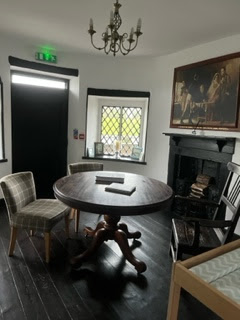 Five of us arrived at Gretna where due to the short distance we managed to make it to Gretna services before the predicted rainfall began. A carpark full of Tesla’s confirmed that this was no ordinary service station. The metal gates instead of styles on the Scottish Core Paths, allow you to move at a pretty fast pace. Avoiding the worst of the mud required an odd gate climb and for the flooded lanes we needed to do a bit of puddle jumping.

At lunch time the rain intensity increased so we had lunch on the bank of the river Sark -under the bridge on the A74(M)- a bit surreal having traffic overhead.

We cut short our walk along the Solway merse but only lost half a mile from the advertised 8 miles distance. However every cloud has a silver lining as the early finish meant that the café at the Old Toll Bar was still open where we all enjoyed a lovely cappuccino, free shortbread, good conversation, and a visit to the old Marriage Room which is still in operation.

Thanks to Richard, Judith, Alison and Paul who did not let the weather spoil our day.