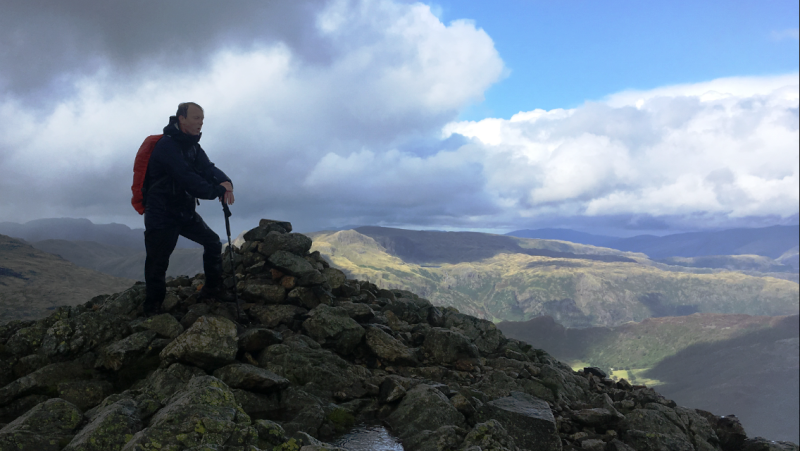 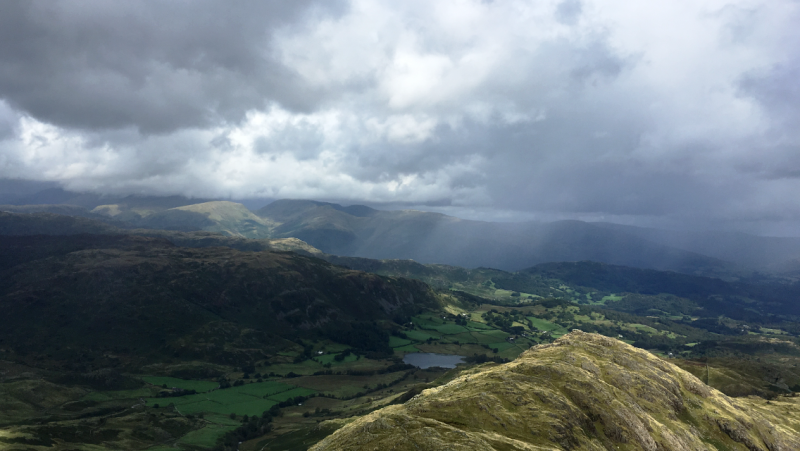 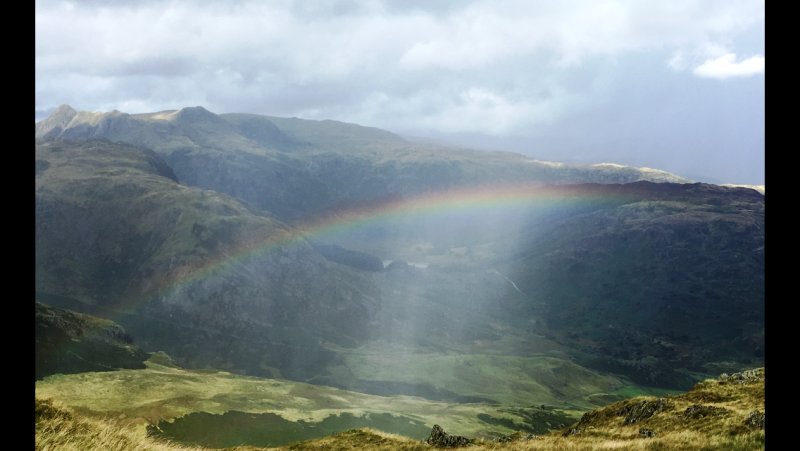 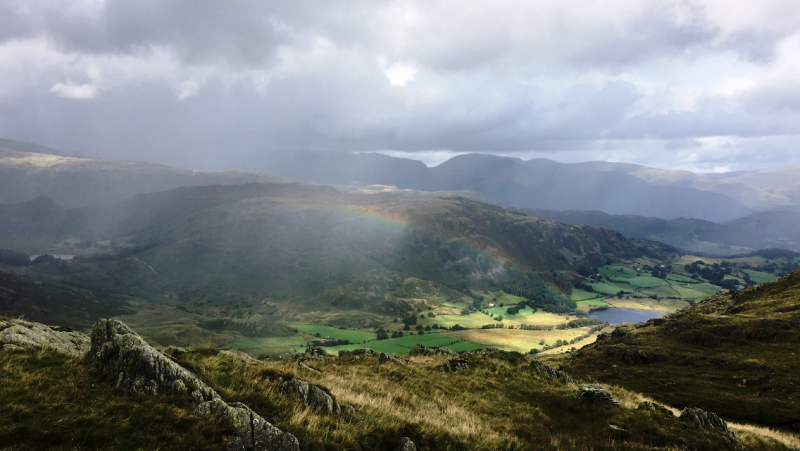 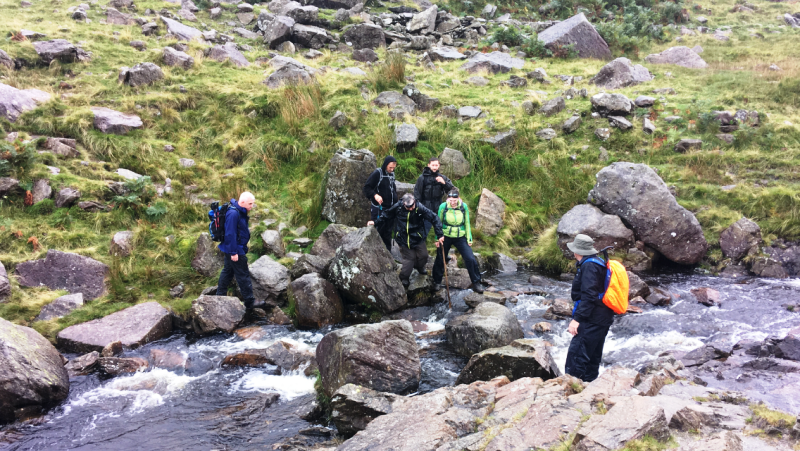 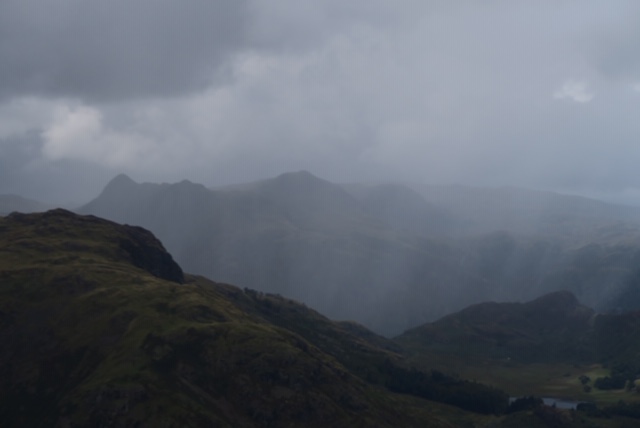 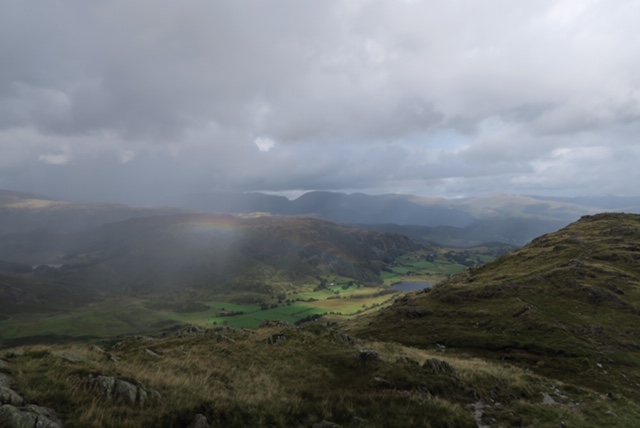 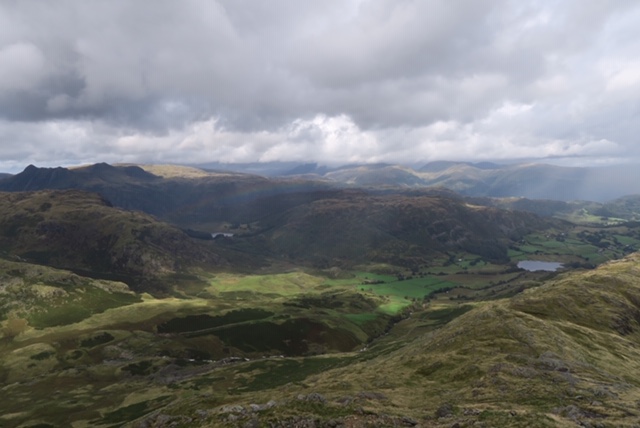 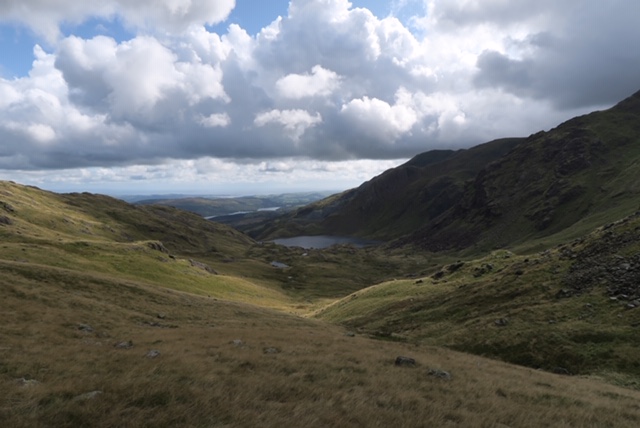 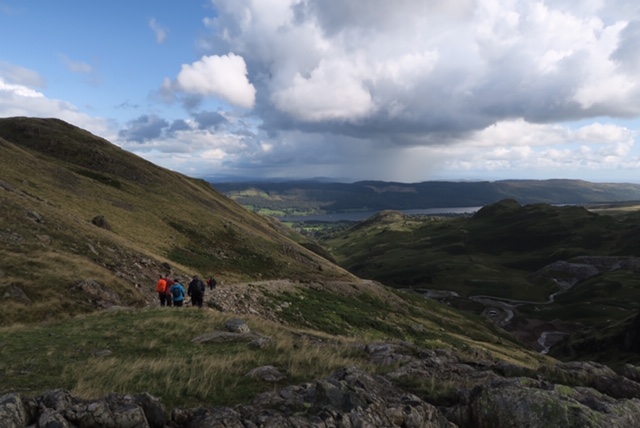 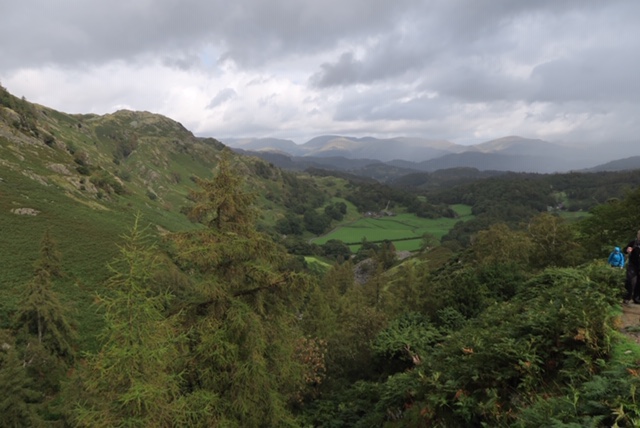 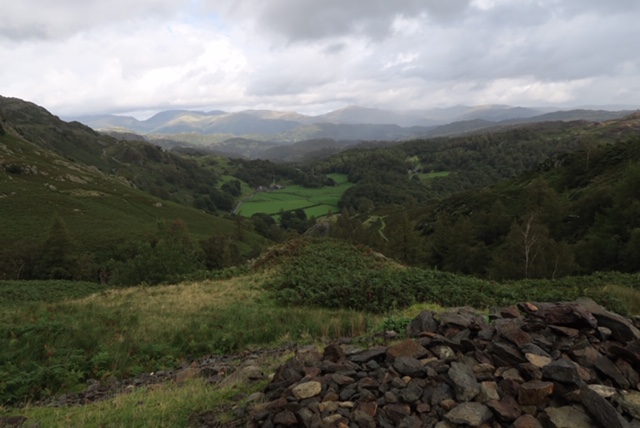 A special mention should go to all thirteen A walkers who indulged the walk leader in completing this walk under such extreme weather conditions. After an interminable coach journey it was not much short of lunch-time when we set off and after about three quarters of an hour the heavens truly opened. At this point one walker discovered he’d left his waterproof on the coach and a second asked the not unreasonable question as to why, having decided not to do the same route last year due to bad weather, we were continuing under much worse conditions. Answer: some walks just have to be done.

Spotting a patch of blue sky about the size of a fifty pence piece we moved on and the leader missed the main path, instead crossing an area of ground ironically called Dry Cove Bottom that Wainwright described as “very wet almost a tarn”. Today the word “almost” was redundant.  Reaching drier ground we climbed up to Birk Fell Hause with fine views into Langdale and beyond however the views were quickly obscured by more squally showers and we made a scrambly ascent of Wetherlam Edge over greasy rocks. As we approached the summit the now horizontal rain turned briefly to hail and a relatively rapid descent was made to Swirl Hause and a belated lunch. The final couple of miles of descent passing Levers water and on down into Coniston was completed in drier conditions that allowed outer layers, though not boots, to dry out somewhat. Many thanks for the tolerance and understanding of all who took part in the walk. 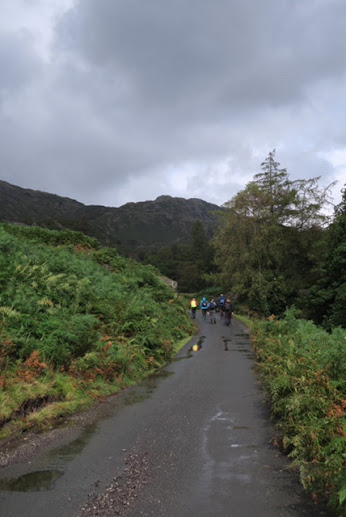 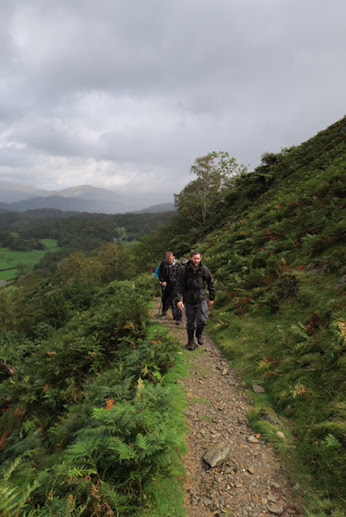 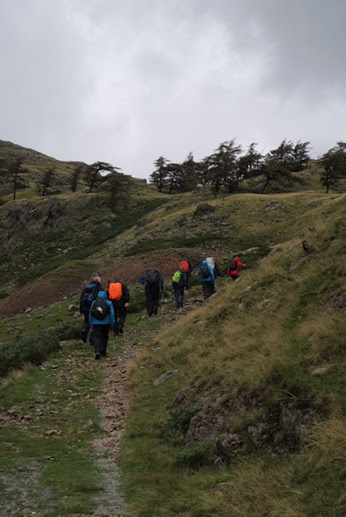