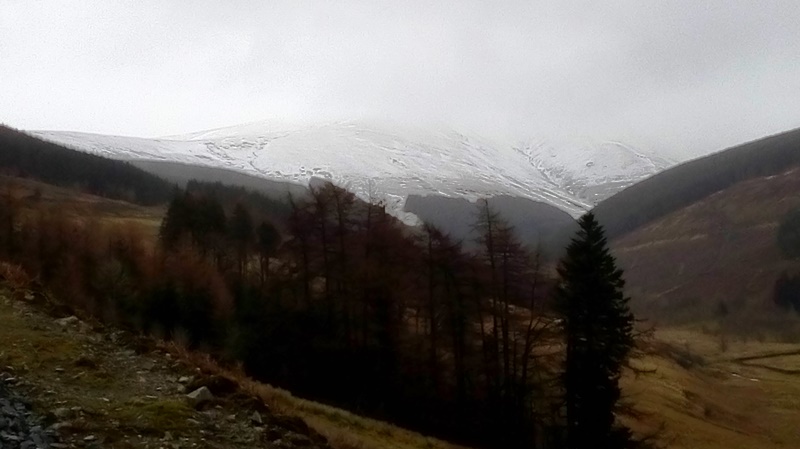 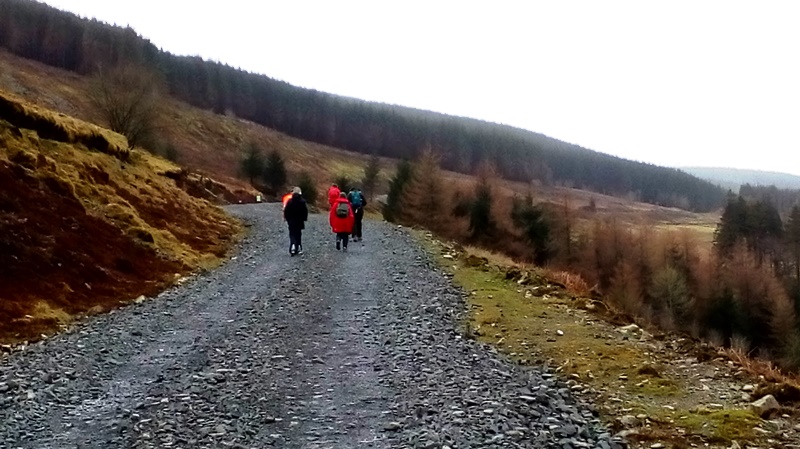 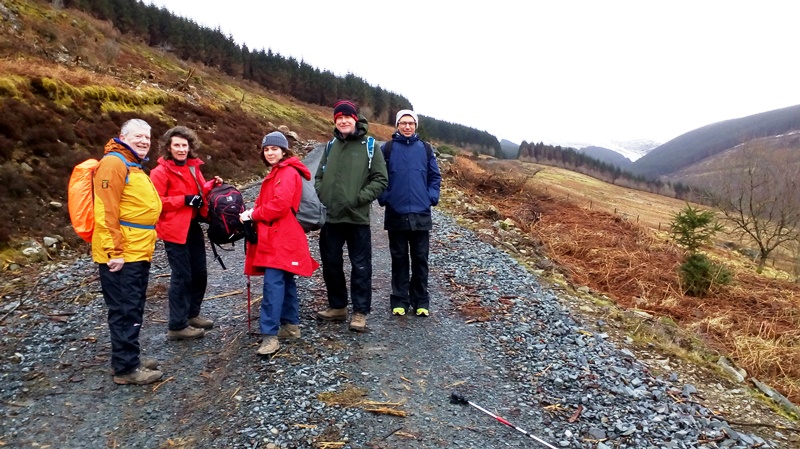 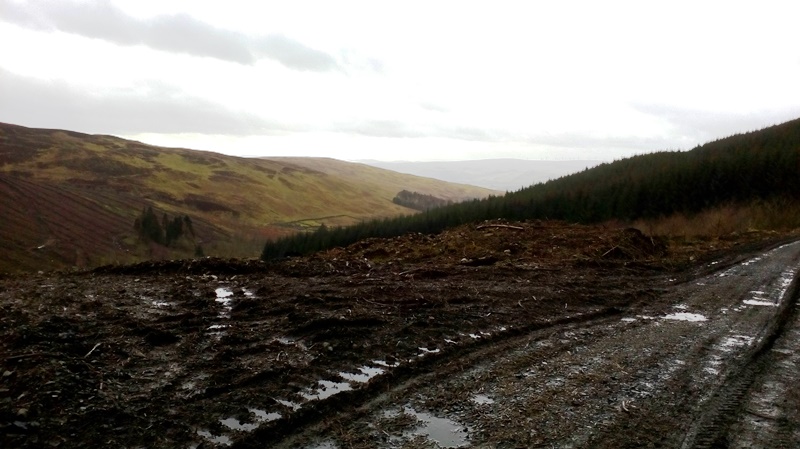 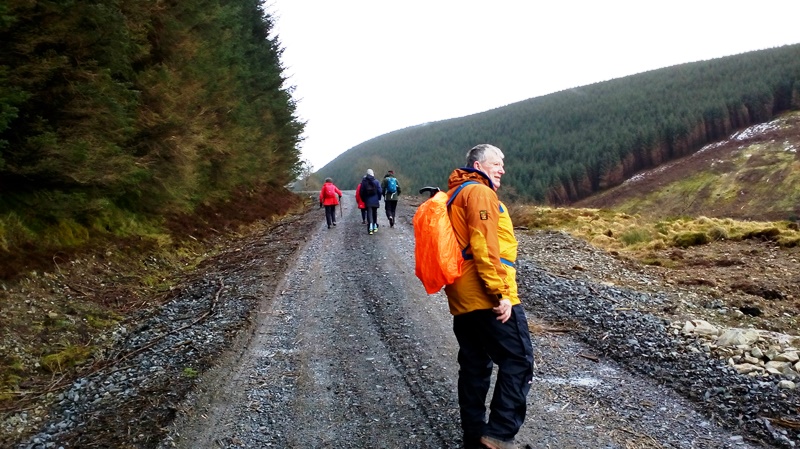 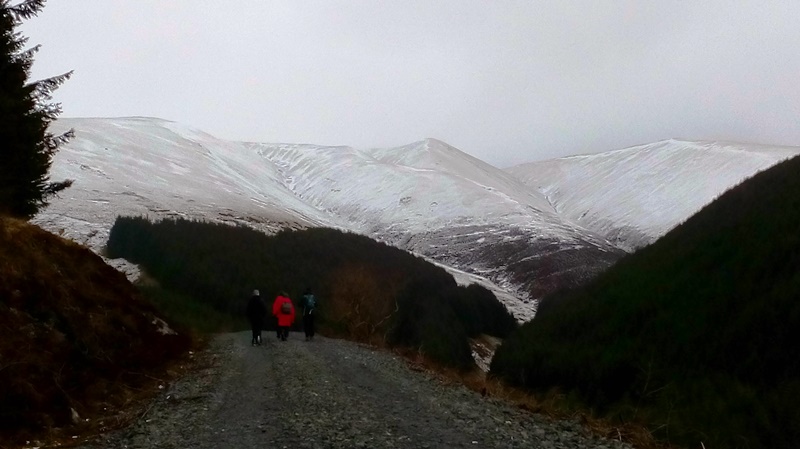 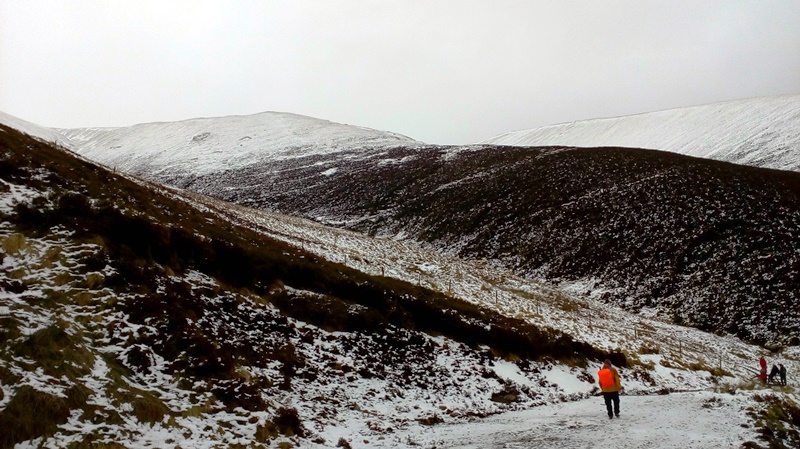 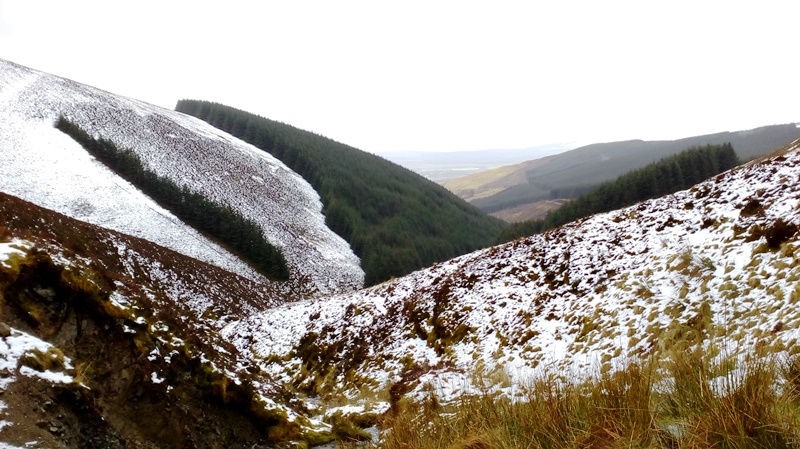 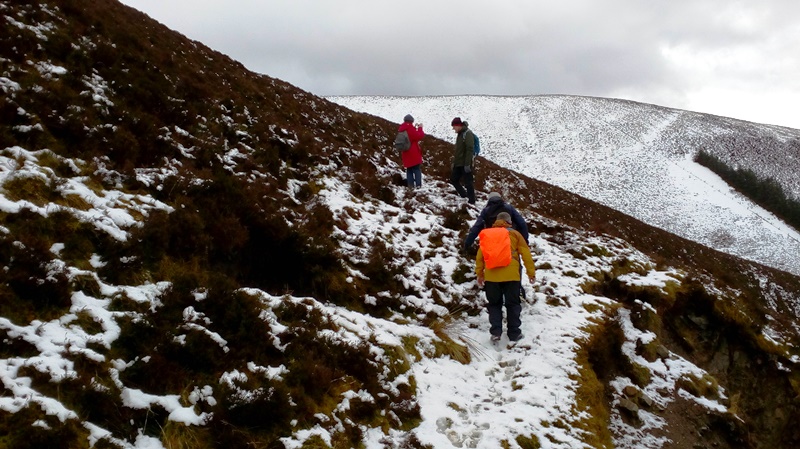 On alighting from the coach in Moffat, 6 of us gathered for the ‘A’ walk.  We welcomed Duccio to the Rambling Club, his first venture out with the group - a ‘baptism of fire’ to say the least.  Weather conditions in Moffat seemed reasonable given the gloomy weather reports, so we ventured forth with some expectation to complete the walk to Swatte Fell.  However, once we got to the snow line at about 400m in height, conditions took a turn for the worse.  The wind worsened the higher we climbed and the snow drifts deepened causing some of us to lose balance or even lose footing without warning and sink up to waist height.  Once we got to the top of Birnock Cloves (about ½ mile from Swatte Fell) we could see the exposed ridge beyond which was a severe drop into the next valley.  With the wind gusting ever stronger and the snow looking somewhat ‘glassy’, we decided to abandon the quest to reach the summit.

So we headed due south and got to the nearest fence line which led us back to the forestry plantation that we had originally come through on the ascent.  Amazingly Bruce received a phone call from his neighbours on the descent telling him that his motor bike had blown over in the wind back at his house in Carlisle.  Hopefully there was no damage to his bike.  Once we reached the forestry track we made good progress back into Moffat for refreshments.  Thanks to all who came on the walk, making the best of the day despite the weather conditions.

I think it would be a good idea to include this walk in the Summer programme when conditions should be better unless global warming turns into the next Ice Age.

Undeterred by warnings of what storm Jorge might throw at us and spirits dampened but little by the heavy rain as we approached Moffat, Carlisle Ramblers showed that we are made of sterner stuff than most.  Eleven of us set off, twelve returned from the B walk – surely the leader is entitled to give himself a pat on the back for that!

As it turned out, fears over weather were unjustified – no rain, sleet, snow or hail came  along, only a brisk wind with sunny spells.  We had some lovely views of Moffat from the east, and of snow-covered tops all around.  There was mud – Michelle seemed to be about to try some bog-snorkelling at one point, but resisted the temptation, and Joan indulged in a spot of rock-climbing at Moffat Well rather than endure the soggy path.  Only Peter was properly shod for the day – there's a lot to be said for wellies.  An upgrade to 6/7 on the Graham Bell scale seems justified.

In some ways it was a relief to reach the road section of the Annandale Way, along which we were joined by our chairman, honouring us with his presence for the rest of the walk.  A word of praise to the group for heeding Ken (“Pain-in-the-Neck”)'s exhortations on responsible road-walking.  A new standard has been set for the club!

The Rumbling Tum did not disappoint, and we were safely back on the coach before the rain returned.  Many thanks to all who joined me.