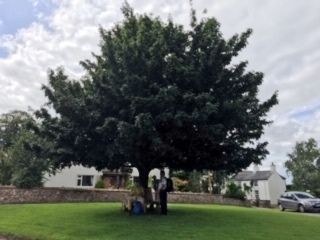 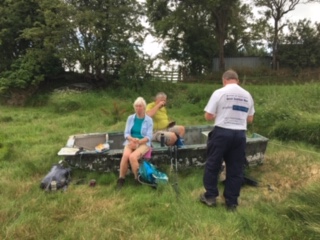 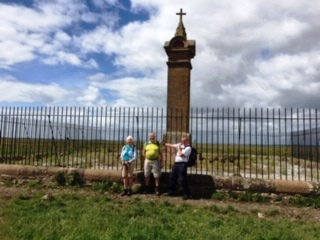 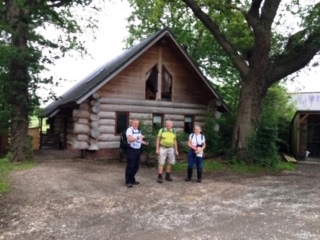 Carry on up the Eden 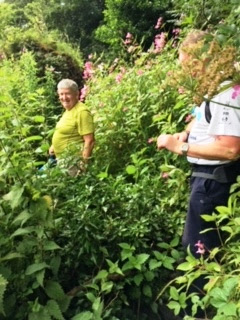 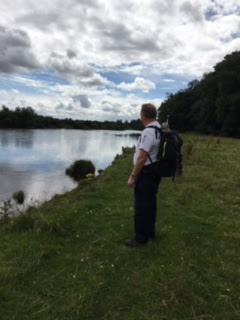 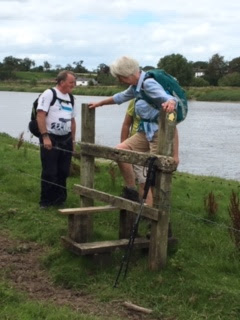 Lots of pressure for a novice walks leader when one of our 4 walkers was the new club Health and Safety Officer.

Just minutes into the walk first safety decision required- How do we cross a flooded ford? A very kind farmer offered to take us over on back of his quad bike but I made the decision that a true rambler never accepts a lift and fortunately we all made it across without falling in.

Some of the amazing old lonning’s are rarely used and are consequently very over grown so to impress I made sure everyone had a good covering of insect repellent.

Through the PRIVATE Thurstonfield Lough I insisted no-one strayed off the path and pointed out the past significance of the old Loughs for providing water power to the old Solway windmills.

To keep hydrated I planned several refreshment points with the piece de resistance being lunch in a boat overlooking the tranquil Solway Estuary. Sadly an inconsiderate farmer with a deafening old tractor and grass cutter ruined the moment by cutting the grass right behind us. I could tell Bruce was not amused.

Biggest mistakes of the day was quoting Hadrian “he built his wall to separate Rome from the barbarians” and then showing empathy for Edward 1st who died battling Robert the Bruce.

(Let’s just say the Scottish have a very different view)

As we walked along the beach a small sobbing girl came to our attention – it was my old nemesis the wasp!! Although I was prepared and had insect repellent our paramedic Richard provided her with cream and saved the day.

Next minor fault came when I allowed Jenny to pick up the biggest brown hairy caterpillar which she removed from the road – apparently they can be poisonous and cause severe irritation- so for future reference beware!!

Emerging from the flood eroded overgrown path in the woods near Beaumont and although no one fell in -our Safety Officer revealed nettle stings on his ears – at this point I’m thinking things not looking good for me!!

Bruce’s fitness tracker  displayed 50 miles- this was clearly wrong and although Jenny felt we had walked more than the  advertised 12 miles  and Richards knees had had enough- faulty gadgetry  meant it could not be proved.

Big thankyou to the brave 3 who completed this walk and to Lynda who helped  recce the route.