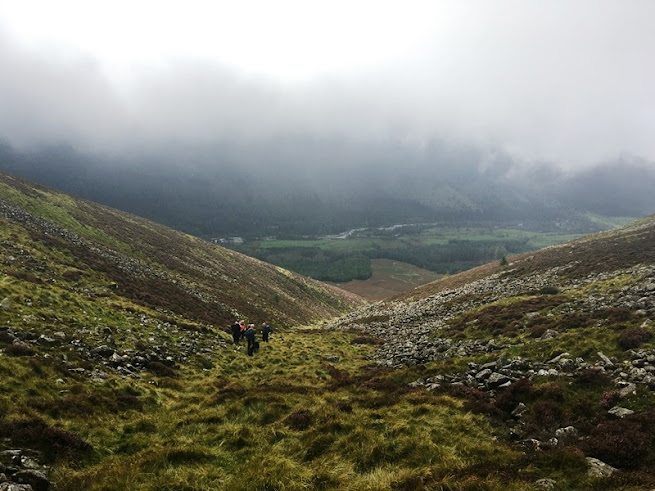 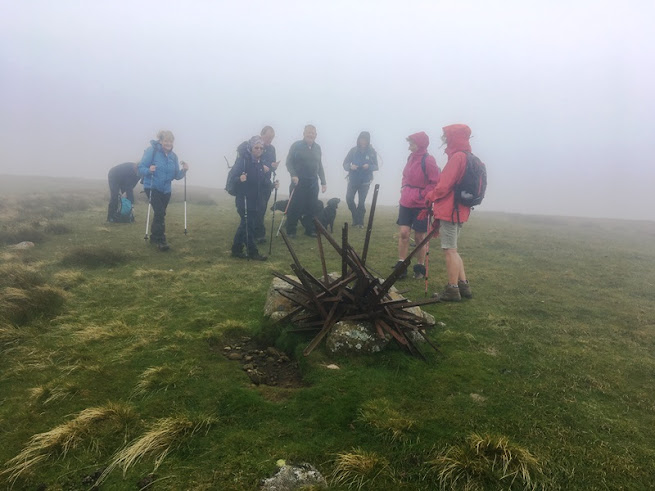 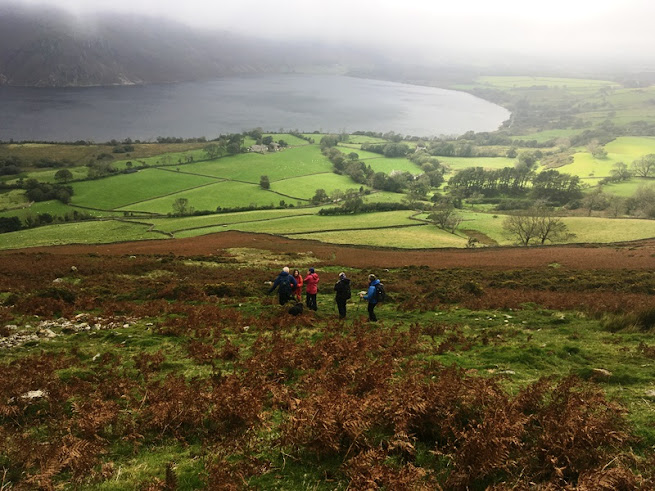 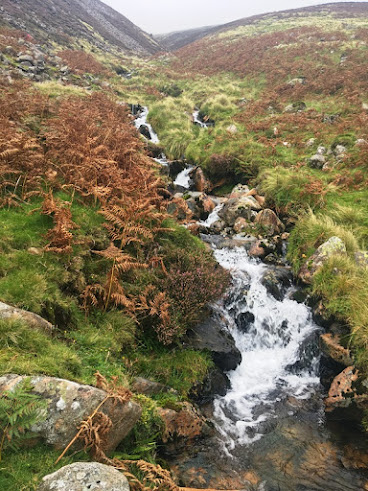 10 optimists turned out for this rather remote walk in this beautiful location.

Walking the valley it seemed to the 9  us that the weather forecasters had "got it wrong again ".

As we struggled up Gillflinter Beck our hopes continued, and, sure enough, when we reached the first top of Little Dodd at 590 Mtrs, we were right - the forecasters had got it wrong.

That's because the fog was twice as thick and the wind twice as strong as predicted.

And that was it for the entire walk,  great all round views as far as 30 mtrs and four steps forward and one sideways before we dropped out of the murk coming off Herdus feeling like we had walked twice as far but in true club tradition spirits were good - we had a laugh - and nobody got lost!!

A big thank you to all.