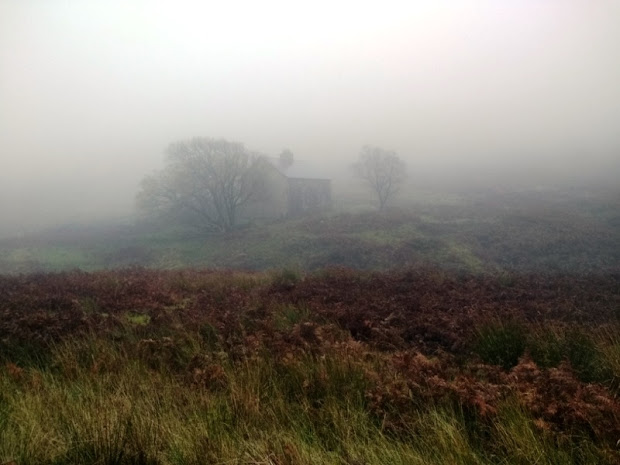 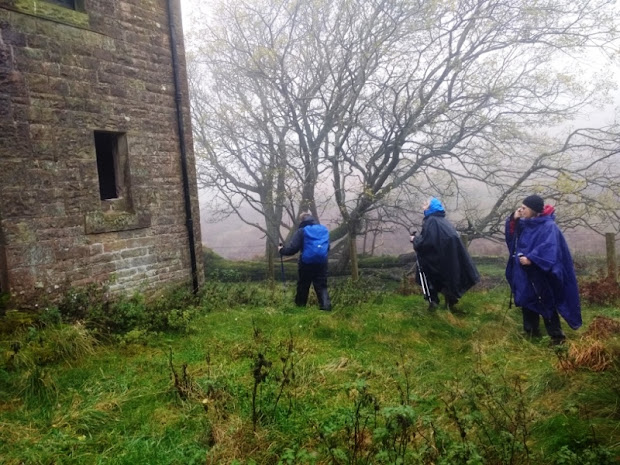 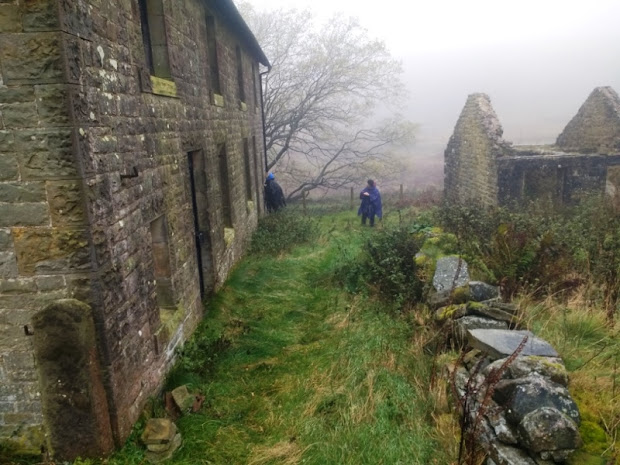 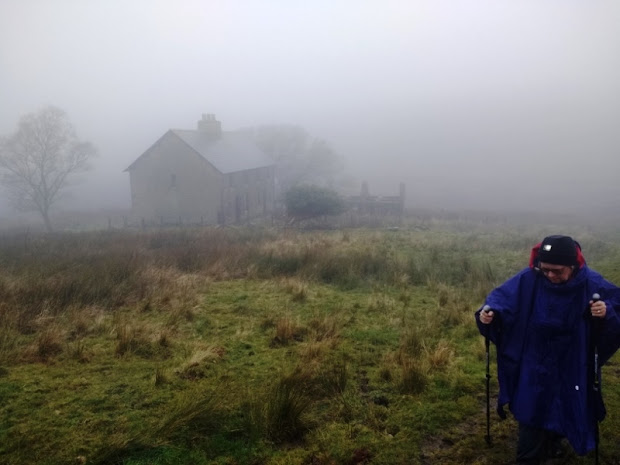 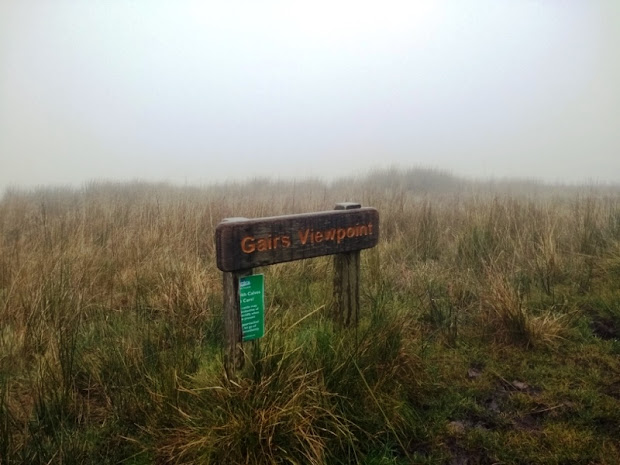 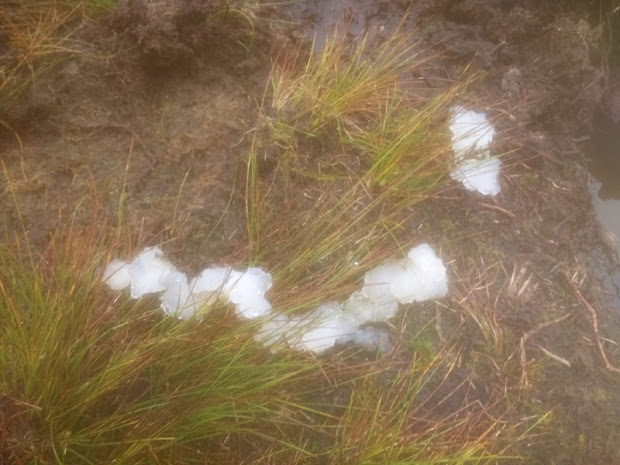 A wet start with low clouds and poor visibility but the five B walkers who set off from Jockey Shield pressed on regardless. The first few miles passed easily enough but the conditions gradually got worse and the low cloud descended into the Gelt valley bottom with the remote Gairs coal manager’s house looming atmospherically out of the mist. The conditions under foot were poor to say the least and became much worse when the walk leader took a wrong turn leading the group into the wilder reaches of upper Geltsdale before finally admitting: “I don’t think we are where we should be”. A quick, if somewhat belated, check of the compass confirmed that we were indeed heading almost exactly in the opposite direction to the planned route so a very short lunch break was followed by an about-turn and after some more bog –hopping the correct path was found. It was clear that there would be no views from the top of Cumrew fell so a lower level route was followed back to the cars. One  point of interest was the discovery of some “star jelly’ a strange wallpaper paste-like substance that I have encountered once before on the Pennine moors. There are no clear explanations as to it’s origins although the theory that it comes from the remains of comets or asteroids would appear to be the least likely explanation.

I have attached a not very good photo and I wondered if any other club walker had come across this strange substance? Thanks to Richard, Carol, Linda and Janet for joining me on a soggy but still enjoyable outing.